Why Cheetahs Don’t Roar (And Other Amazing Cheetah Facts) 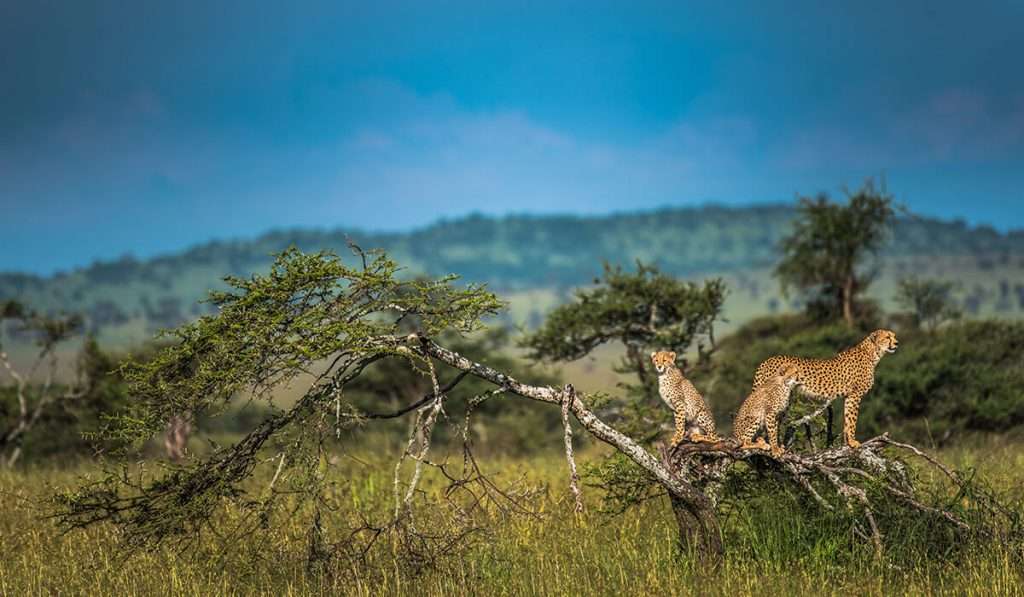 The cheetah’s amber eyes sharpen their gaze as she identifies lunch three miles away: a Thomson’s gazelle. The average human couldn’t spot such movement with a pair of binoculars from that distance, but cheetahs? No problem.

It’s midday when the cheetah begins to close in on this gazelle. Her spotted coat and mantle of wavy back hair blends in perfectly with the savannah. Closer and closer the cheetah lurks. It’s midday, and unlike other big cats of the Serengeti, cheetahs prefer hunting during the day. Forty meters away. Twenty. Ten. Suddenly the race is on: the cheetah bursts from 0 to 60 miles per hour in three seconds, the time it takes you to blow your nose, and wham! Like a strike of lightning the cheetah trips her prey—unfortunate for the gazelle, a success for the cheetah. Lunch is served.

Introducing Cheetah: The Purring Speedster of the Serengeti

Drill down far enough into why safaris are popular and you’ll come to the same conclusion: it’s all about the hunt. Our fantasies about the African bush are full of this dance between predator and prey, between food given and food received. To witness this drama on safari remains central to its allure. Here’s why we think Tanzania is the best choice for safari: Learn more

When you imagine your safari, what more iconic animal emerges than the cheetah, that regal feline with its slender torso, confident face, speed and agility. Known best for its velocity, the only reason these cats ever reach such world-record pace is due to one thing: the hunt. 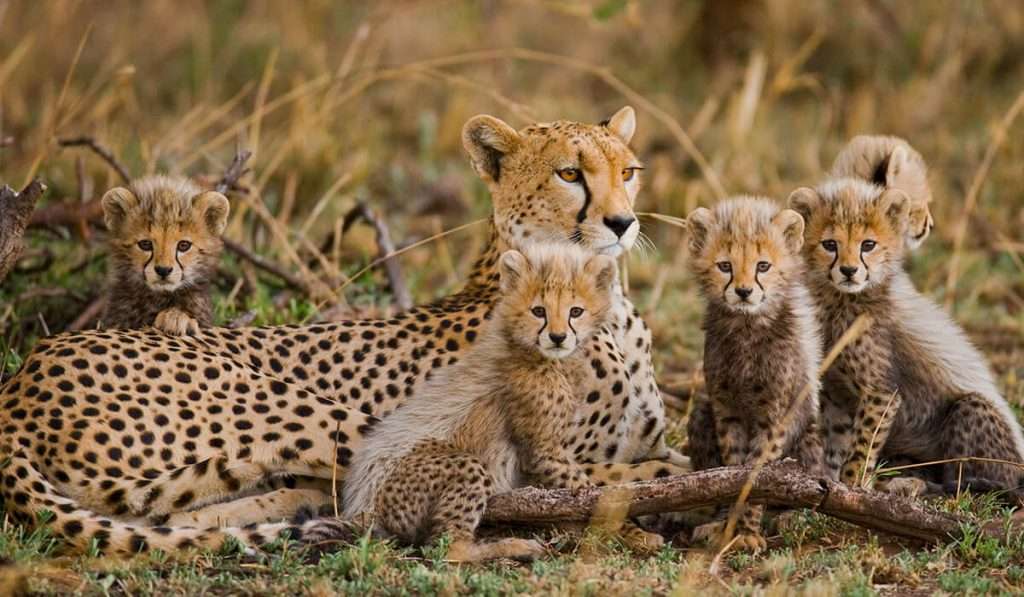 Here are a few basic things to get you acquainted with the cheetah: 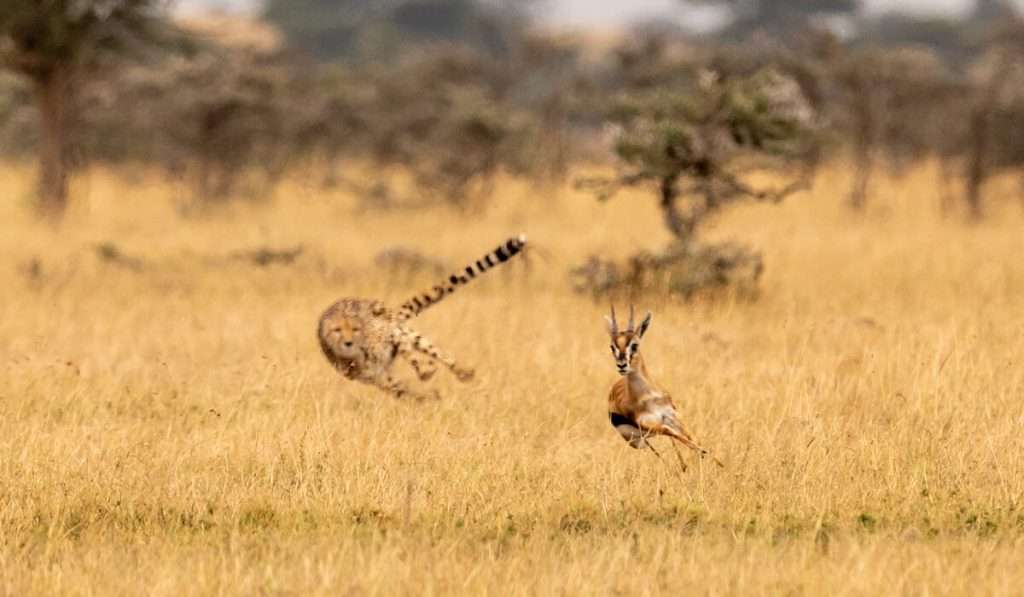 1 – Their Secret Weapon for Speed? The Tail

True, cheetahs are the fastest land mammals on the planet. Their fastest recorded speed is 71 mph (112 km/h). You’d get a speeding ticket on most highways for driving that fast! But here’s the secret: it’s the tail. Cheetah tails are super long and flat — like 2-3 feet long — and full of muscles to help steer like a rudder while they’re bursting towards prey.

Another helpful adaptation for maximum speed is tear lines, black fur that runs from the insides of their eyes to the nose. Just as baseball players swipe black ink on each cheek to redirect sunlight away from the eyes, cheetahs evolved this trait so as to not become blinded by sun. Here is an incredible video of a slow-motion cheetah vaulting at top speed:

With all that running you’d expect these large cats to drink often, but this is not the case. Most of the water they do ingest is mainly through their prey. Cheetahs only take on average one drink of water every 3-4 days. (Source)

3 – Good at Running, Bad at Most Other Things

Cheetahs are indeed the Usain Bolt of the Serengeti, but their specialized anatomy leaves few other skills for evolutionary success. For example, cheetahs can’t see much at night, they can’t climb trees very well, and they lack genetic diversity. So it’s a good thing they can outrun every other animal out there.

As a formidable feline you’d expect cheetahs to roar something fierce, like lions or leopards. Hardly. Cheetah sounds come more in purrs and meows and chirps. Yes, chirps. Why no roar, you ask? It’s a simple matter of anatomy. Every roaring cat species—lions, tigers, leopards, jaguars—have what’s called a two-pieced hyoid bone that enables them to roar. No two-pieced hyoid, no roar. Sorry, cheetah. (Source)

Cheetahs rule the roost with their speed and agility. As muscle-bound, daylight hunters of the savannah, look out for these stealthy ones perched atop rock outcroppings and cliffs (hopefully not in your safari vehicle! Cool, curious, and confident, you’re bound to spot one of these “spotted ones” on your Easy Travel Safari. Contact us today and let’s design your safari dreams together.