Weather and landscape in March 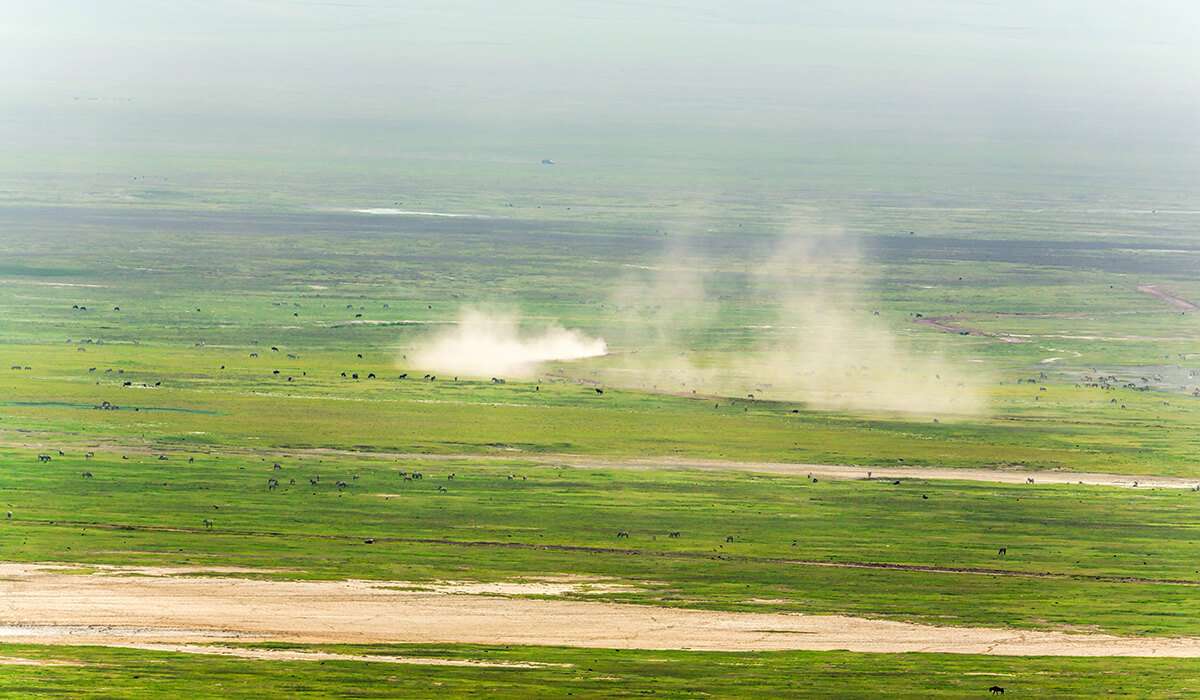 March is not as predictable as other months! While the earlier days of March tend to be dry, it is not uncommon that some years will see the rain return a little earlier and March can be wet – changing the landscape from a tawny beige to a vibrant green.

On the mainland, temperatures range from 16°C to 29°C, while islands can go up to 32°C. While the rainy season is likely to begin in March, it won’t be very disruptive, with March still experiencing many days of sunshine, warmth, and humidity. March is also an ideal time to avoid crowds!

A quick glance around this website and you will know that the peak season of travelling to Tanzania is from June to October. So, if you are considering visiting in March, you will most likely find lower prices on the gorgeous accommodations found around the country.

However, March would still be classified as ‘high season’ compared to less popular months, so don’t take it as a given that there will be an open room of your choosing if you’re going to book at the last minute – as with any trip, planning well in advance is key, so be sure to chat to us so that we can make your travel dreams come true!

Visiting the Northern Circuit of Tanzania in March

The wildebeest migration in March 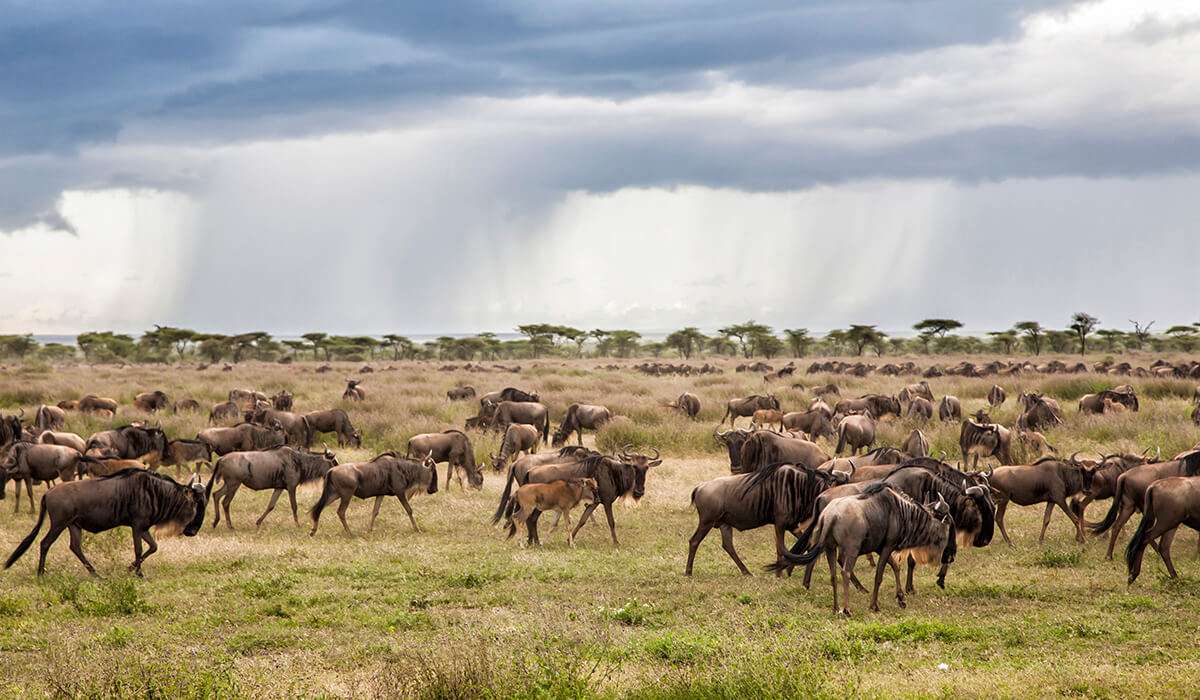 In March, the Great Wildebeest Migration is in full force – literally millions of the iconic plains antelope will be making their way through the prairies and fields of northern Tanzania. The best places to catch a glimpse of this incredible natural event is in either Ndutu or the southern part of Serengeti.

Because of this titanic movement of life from one place to another, this may be the best time of year to see a predator attack in action. With thousands upon thousands of potential prey, predators like lions or even the occasional cheetah can be seen trying to pick from the herds. 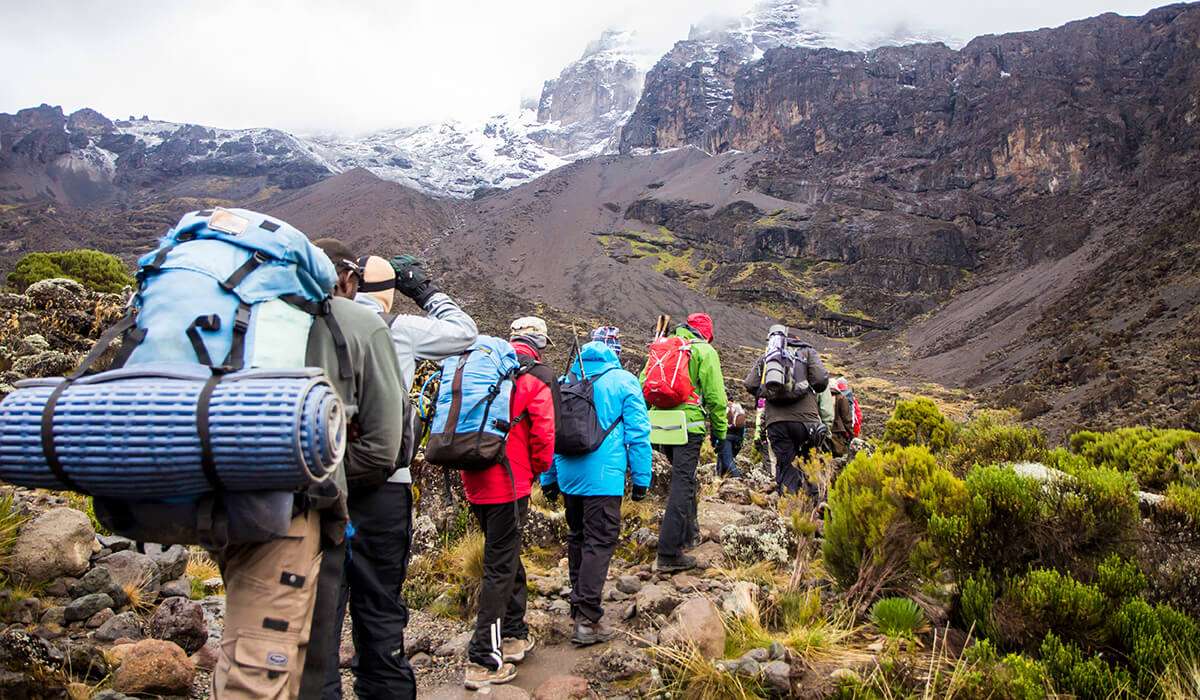 March is considered one of the prime months for tackling the epic Mount Kilimanjaro. March is often quite dry and the temperature is relatively cool – meaning a comparatively uncomplicated trek. However, the further March progresses, the more chance there will be of rain, so an easy ascent is not guaranteed.

The bright side of this is that there may be fewer mountaineers on the slopes of Kili in March to avoid the rain. During the rainy season, the best routes to take up the mountain are Marangu, which has the benefit of huts for sleeping, or Rongai, which historically receives less rainfall. 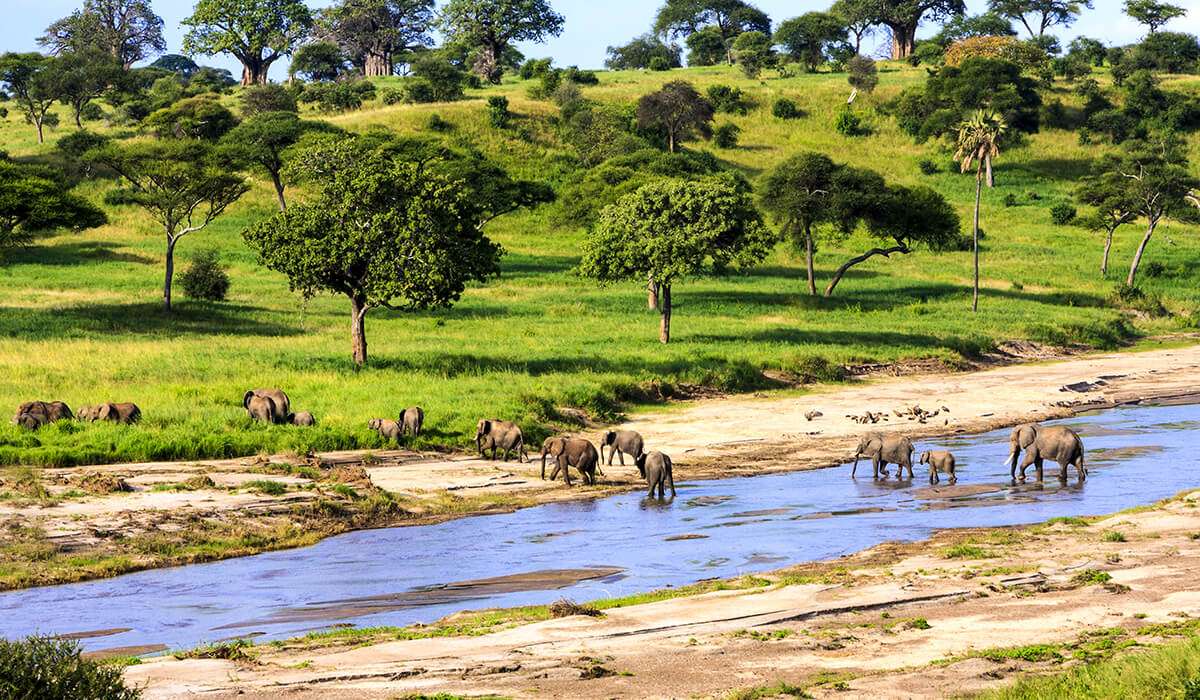 Taking in the wildlife in March can often depend on where you decide to go – but there is never a lack of animal life if you decide to go to Ngorongoro Crater or the central areas of the Serengeti. In March, these two areas offer incredible sights due to their high game densities.

However, one of the most iconic natural scenes on display in March is the bird migration. Over a thousand avian species take to the Tanzanian skies in March and April, moving north at the end of the season as some visiting birds from Eurasia bid farewell to their winter home of Tanzania.

Visiting the beaches and islands of Tanzania in March 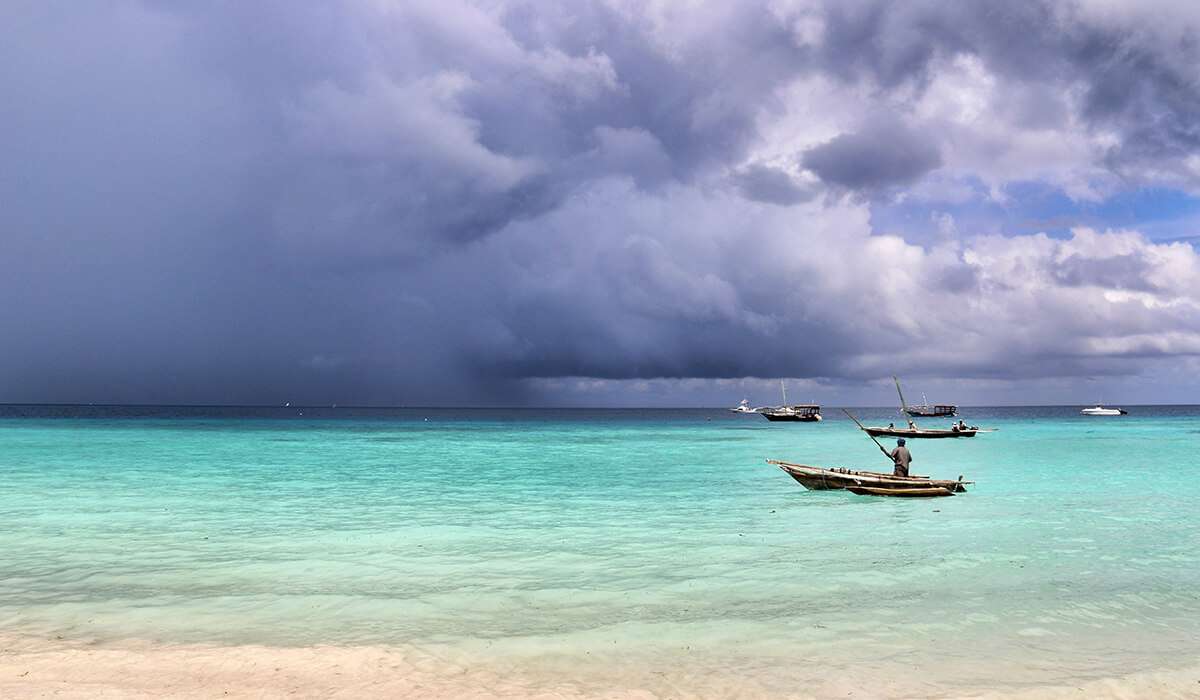 In Zanzibar in March, the temperature is cooling down from the high summer days of January and February. However, Zanzibar is a literal island paradise, so the average daily temperature in March is still around 28°C – perfect beach-going and island exploring weather!

While the rainy season begins in March, this usually only means six days of rain in the month – and usually brings a welcome cooling-down from the soaring temperatures. March is also the least windy month – meaning it may be the most optimal time for diving with the still seas giving you great visibility. 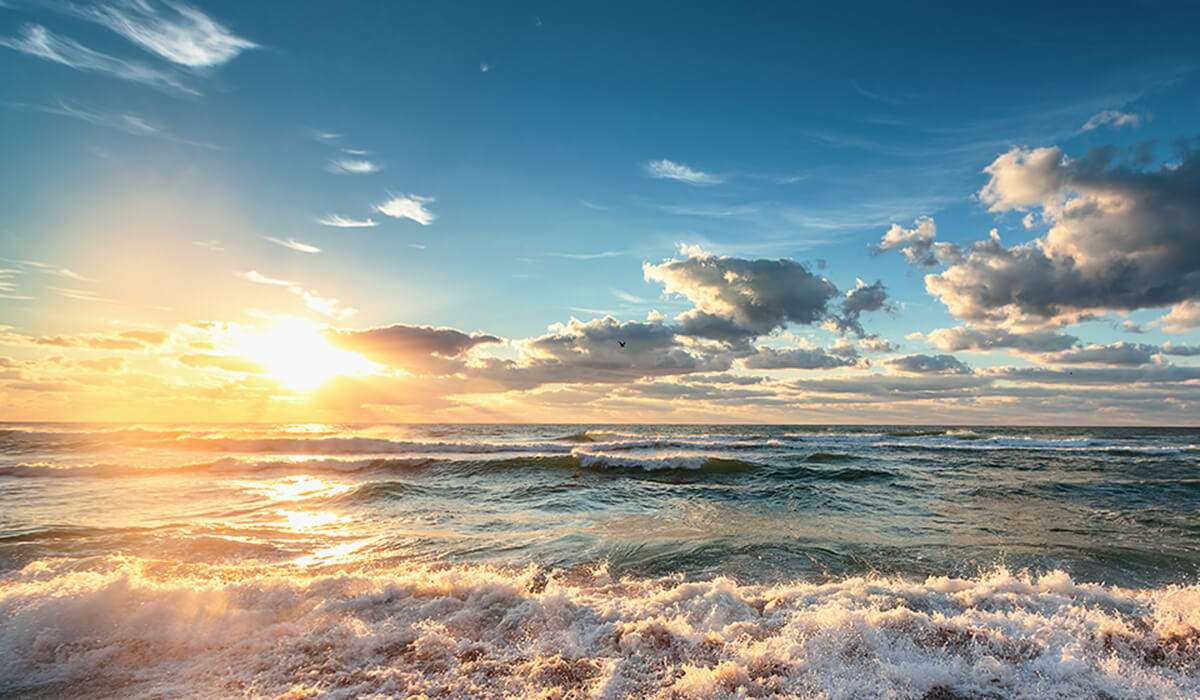 While the rainy season is encroaching on the rest of Tanzania in March, Mafia Island remains hot and temperate. While there are more rainy days than usual, they often take the form of quick afternoon thunderstorms. You can still, however, expect lots of sunshine and sweltering temperatures of up to 32°C. 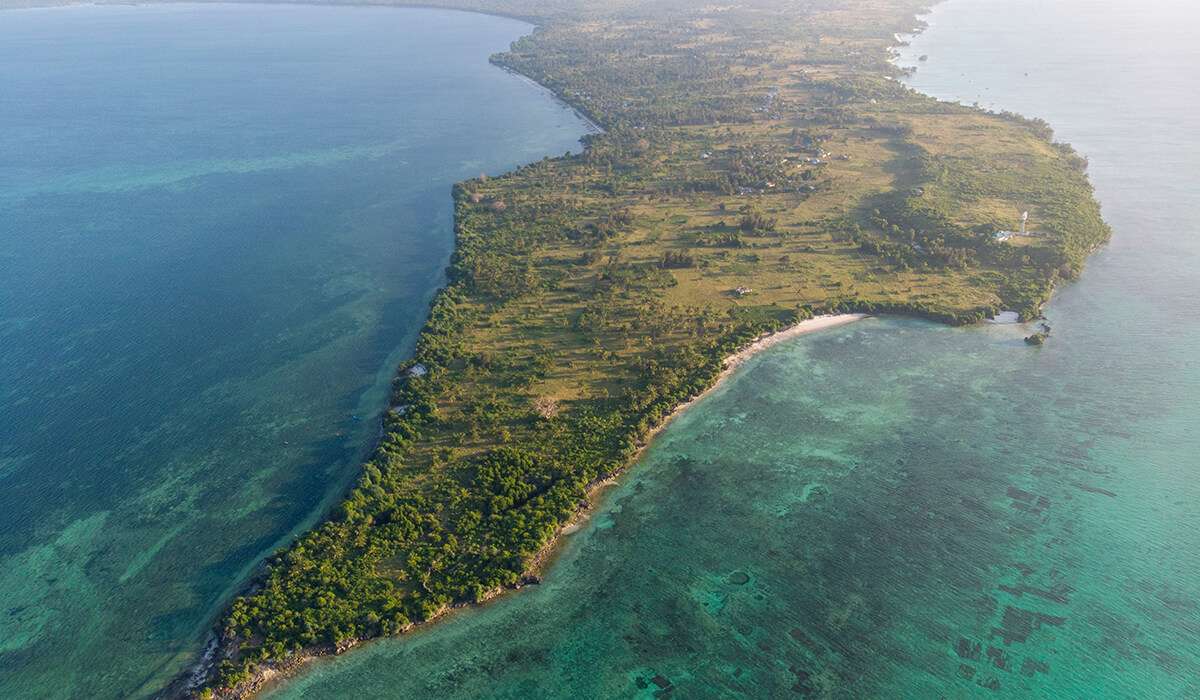 While not as well-known as its two sisters, Zanzibar and Mafia, Pemba is still an incredible example of a tropical island paradise. Pemba benefits from being a little more isolated and rural compared to some of the more popular Spice Islands, adding an element of intimacy to your trip.

Visiting the Southern Circuit of Tanzania in March 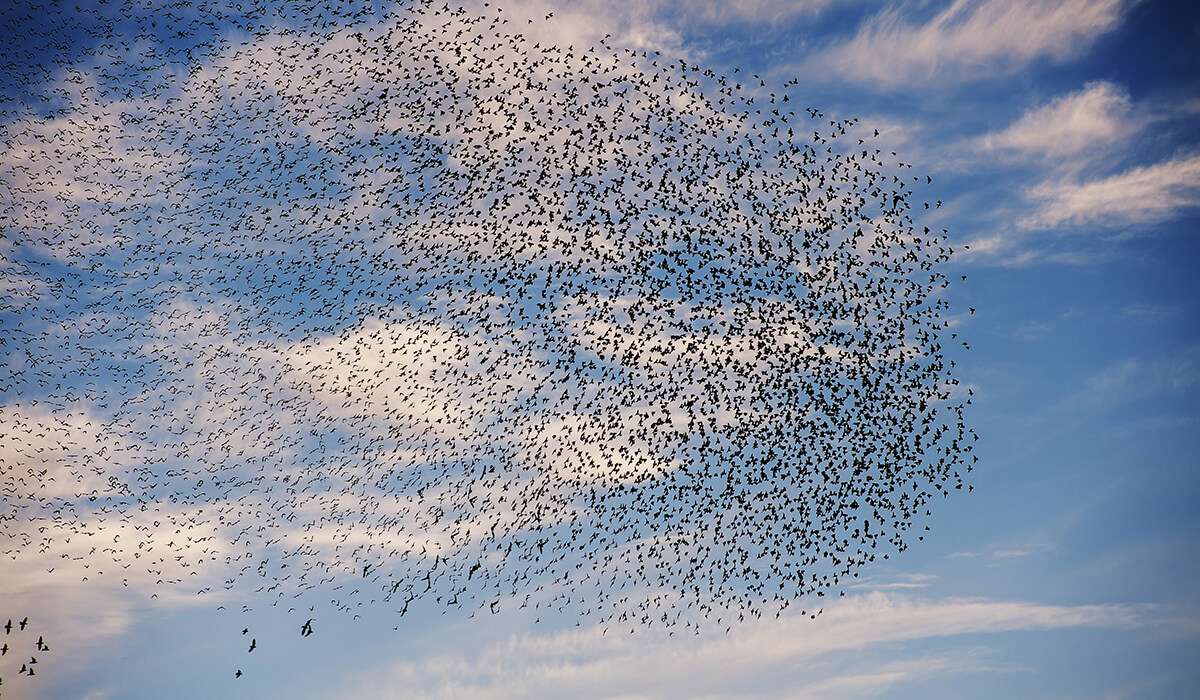 Historically, March has been when the birds of Tanzania quite literally flew the coop. Birders will delight in the incredible avian migration on display in southern Tanzania in March with hundreds of local birds and many migratory birds from farther north take off in search of different climes.

Ruaha National Park and Tarangire National Park are probably the best dedicated game reserves to keep an eye on the skies and see this beautiful annual event, routinely garnering the highest praise from birding enthusiasts. Be prepared, however, should you visit – insects are more populous during the green season so bring that repellant! March often marks the end of the Green Season in Ruaha and the other Southern Circuit parks in Tanzania. While the vegetation is still full and in bloom, towards the end of the month, the rain will pick up for the wet season. While this may put some off, this only means there are fewer tourists to get in the way of the incredible bird-watching! Some people may tell you that March is not the best time to visit Nyerere, but this simply depends on why you want to visit. March is part of the green season, meaning the park is dense with foliage, hot, and humid, giving a jungle-like feel to Nyerere. The scenery is unparalleled, and bird-watching is at its peak.

Visiting the Western Circuit of Tanzania in March Visiting Mahale National Park in March is to truly step into a tropical African jungle. High trees, lush vegetation, and teeming with animal life, this nature reserve is the perfect place to feel at one with nature – especially when tracking the local chimpanzees. Clear skies and migratory patterns in March make Mahale a perfect time to bird-watch. 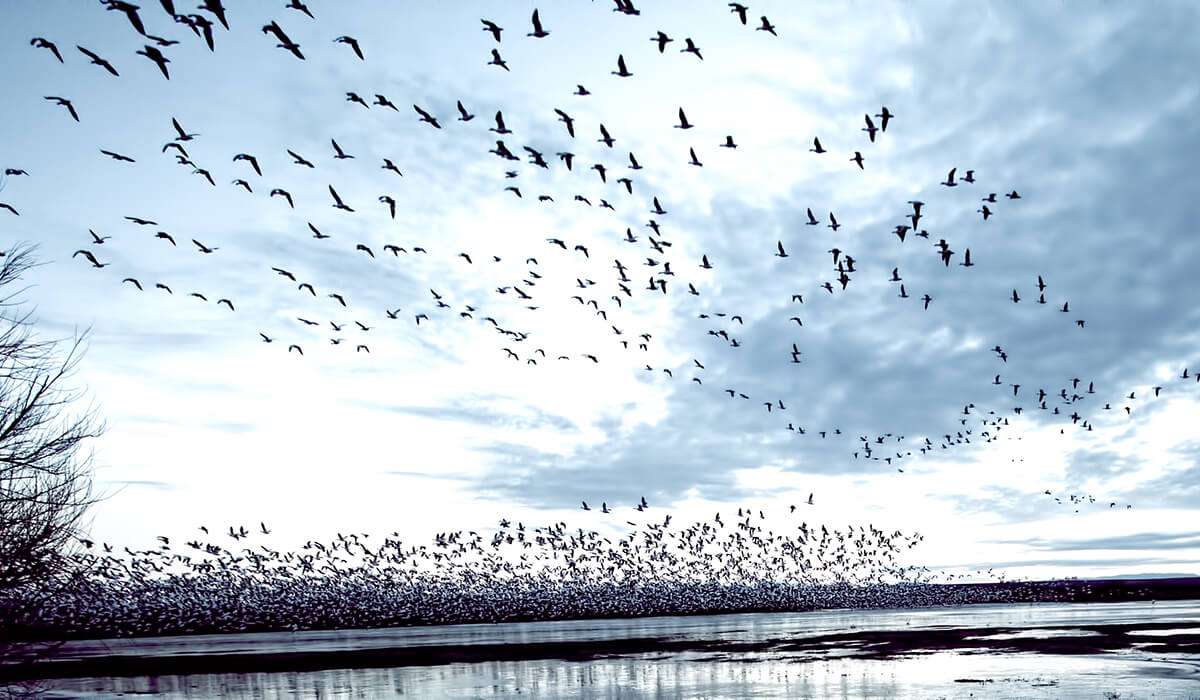 Katavi National Park’s location can sometimes feel remote – but the relative quiet, especially in March, will only add to the natural splendour the park has to offer. March is right in the middle of bird migration season, so visiting the wild west of Tanzania will provide an ideal opportunity for birding! 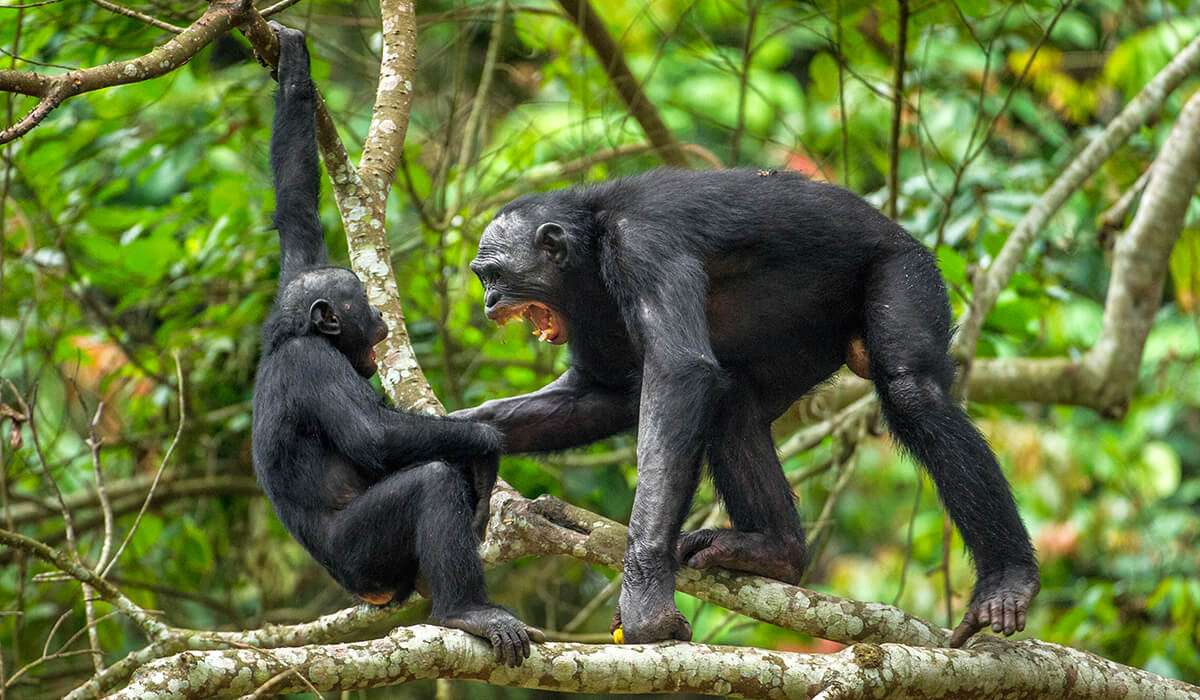 Gombe Stream National Park is still in the wet season in March, meaning that the plants are fat and plentiful from rainfall and river water. One of the best things about the wet season is that the air becomes very clear – meaning the chimpanzees can be seen with even better clarity!

Recommended tours in Tanzania in March Month-by-month guide for the best time to visit Tanzania