8 Things That Should Be on Your Tanzania Itinerary How do you know when you’ve truly experienced a place? Does a moment come when you’ve finally understood the essence of a country, a landscape, or region? How long does that take? Could you do it in a week, two weeks, or a month? How about a lifetime? It’s a difficult question, but a worthy one. We think Tanzania is one of those places where it might take several lifetimes to fully understand. Its scale, its biological and ethnic diversity, the mountains and oceans, savannah and plains ooze a rich, complex character all to its own. So what is the first step to understand such a rich and complex place? Slow down and listen. Here are eight of the most potent activities we know of that will enable you to slow, to listen, and to fall in love with Tanzania’s true essence. Here we go.

There are 11 volcanoes in Tanzania, and several of them offer world-class hiking routes. For many of the country’s tribes, these mountains are sacred. The Chagga, for example, live at the base of Mount Kilimanjaro and have several fables and myths surrounding the summit. Try a week on the slopes of majestic Kilimanjaro or scale Mount Meru, Tanzania’s second tallest peak. If you’re feeling adventurous, set your alarm for midnight and attempt an epic day summit of Tanzania’s only active volcano, Oi Doinyo Lengai.

2. Witness the Big (and Little!) Five 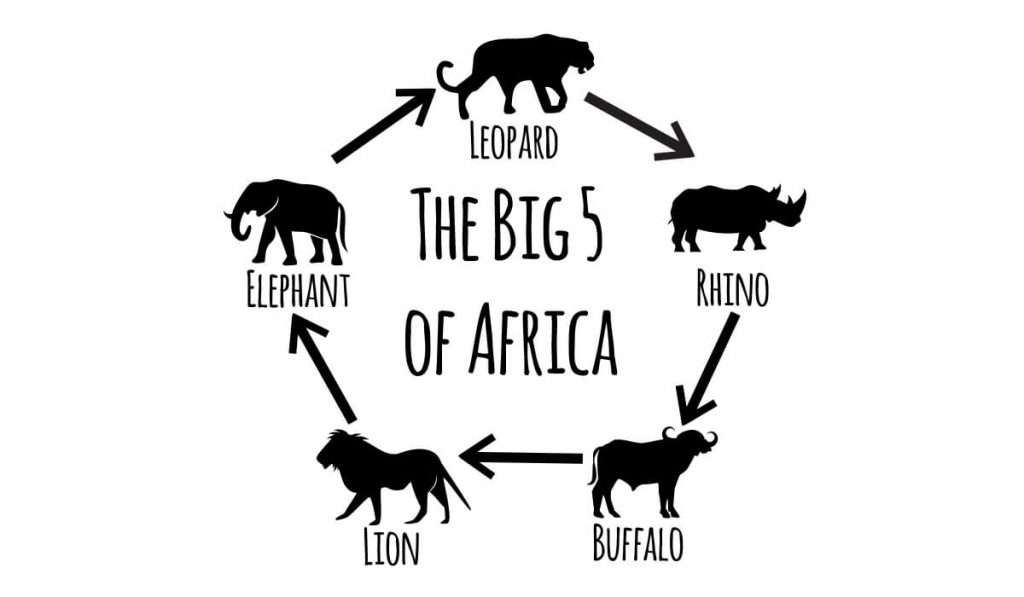 When I first visited the Serengeti, I worried that all the hype (plus watching the Lion King at least 80 times) might have set my expectations too high. I was wrong. Serengeti National Park is hands-down one of the most unique and wildest places you’ll ever experience. Of its myriad highlights be sure and look out for the Big Five—buffalo, lion, elephant, leopard, rhino (What Are The Big Five?) — and for an even more advanced assignment, don’t forget the Little Five!

3. Forage for Wild Honey with Hadza There are few places in the world where you can rise before dawn and meet one of the world’s last hunter-gatherers for a day of foraging on their ancestral lands. With over 3,000 tribes on the African continent, the Hadza are in a league all their own. Their homeland sits along the shores of Lake Eyasi and tribal numbers hover around 1,300, with only a few hundred still active hunter-gatherers. The Hadza are more than 100,000 years old, too, making them one of the oldest branches on the human tree (source). Easy Travel can organize walking safaris to join these bushmen. 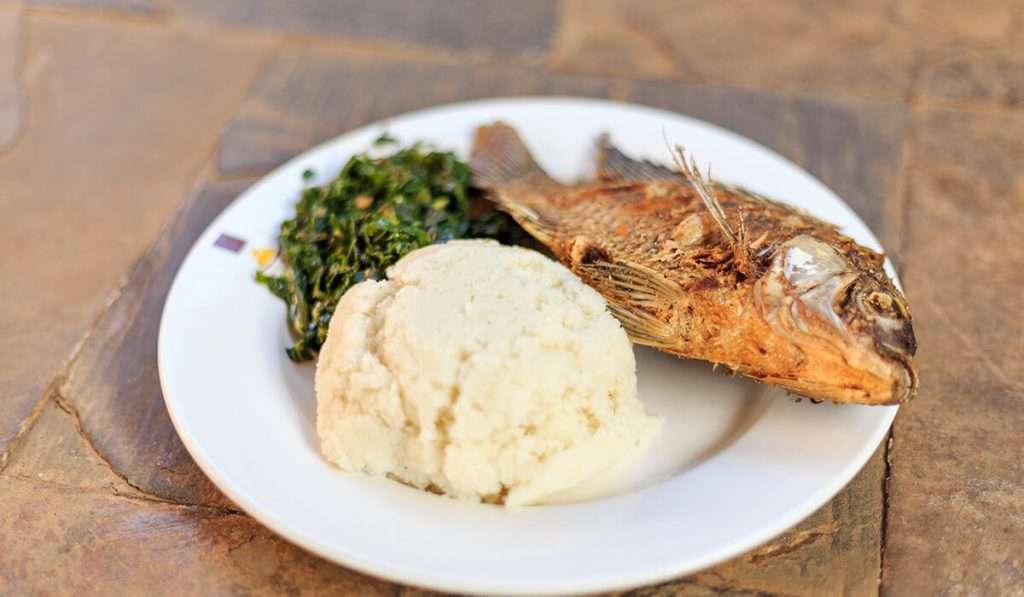 The first thing I do when traveling somewhere new is ask locals about the cuisine, about their favorite staple foods. I did this in Tanzania and, without a doubt, 100% of the responses included this single item: Ugali.

Ugali (ooh-gall-ee) is a simple corn-based starch served with every Tanzanian plate. Think of it as their equivalent to bread in the West or rice in the East. It’s used as a utensil to pinch meat and veggies, or to sop up remaining juices. Don’t visit Tanzania without trying some ugali or any of these other traditional Tanzanian food you must try.

5. Experience Serengeti at Sunrise (In a Hot Air Balloon) 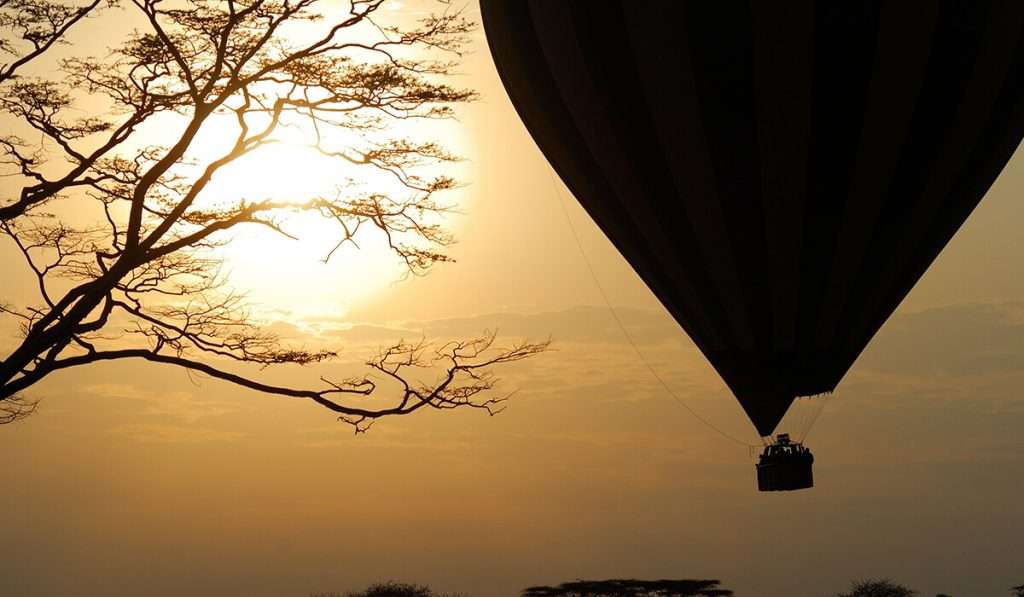 Every moment counts in the Serengeti. Though most safaris organize 3-4 days in the park, at Easy Travel we recommend 6-7 days (How Many Days Should You Spend on Safari?), you don’t want to miss a minute, so waking up for your morning game drive is essential. Sunrise offers some of the best opportunities to witness this landscape rise and shine.

Talk to any experienced birder and they’ll reference sunup as the single best time for wildlife viewing – great light for photographs, too! (Photograph Like A Pro). Want a little decadence? Easy Travel organizes hot air balloon rides to watch the Serengeti wake up from above. So. Much. Awesome. Book An African Hot Air Balloon Today. 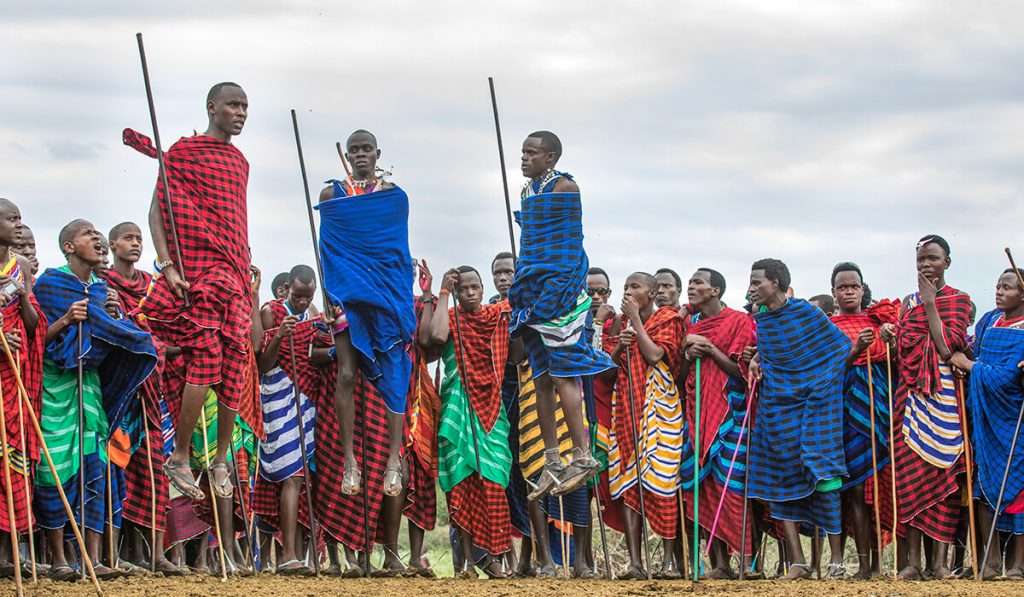 There are over 120 different tribal affiliations in Tanzania (Tribes Of Tanzania) and the Maasai are probably the most well known in the region. One activity to which you might be invited is the adamu, or “jumping dance.” It’s a traditional Maasai dance, an opportunity for young warriors to show off their strength. The higher and more graceful the jump, the better the odds of attracting a partner. Community members will form a circle around the jumping warriors and sing along. Women respond in similar bounce. It’s a fascinating way to be part of age-old ritual. Check out this short video, and start practicing:

7. Take a Selfie (With One Million Wildebeest)

Ever thought you’d see a seething mass of a million wildebeest moving all at once? You won’t believe it until you see it! Every year nearly 2 million animals—wildebeest, zebra, and gazelles—move en masse searching for fresh grass and water. It’s unlike anything else on Earth, and Easy Travel can place you right in the middle of the action. Here are 10 facts about the migration. And when is the best time to see the migration? Check this blogpost: When Is Best? Yes, it’s as beautiful as you might imagine. This archipelago off the coast is one of the most historically fascinating and jaw-dropping places in the world, and the perfect way to end a full-octane safari adventure or Kilimanjaro ascent. Strolling along the Indian Ocean at sunset will make you weep with joy (I’m speaking from experience here). From world-class diving to spice plantations and tours of Stone Town, a UNESCO World Heritage site, these are some of the many adventures one might find on Zanzibar. Learn more here.

There are a million different ways to better understand a place, and Tanzania is a complex and beautiful country to immerse your curiosities. So listen. Watch. Learn. Reach up to the summit and down to the beaches, out onto the savannah and into bustling city markets. Talk to locals, stay open, and stay curious. Easy Travel is waiting to help you make it all happen.

Easy Travel have over 30 years of experience in Tanzania, and have carefully created a variety of Tours suitable for all types of adventures. From our Safari Experiences of a lifetime, to beach holidays followed by the culture of Zanzibar, to our famous hikes above the clouds on Africa’s highest peak Mount Kilimanjaro. Or are you interested in your own tailor made tour? Contact Us today to get started.