How much rain does the Serengeti get? The Serengeti climate is usually moderate and pleasant. In fact, during the hot season, it never gets too hot but is invariably chilly at night and in the early mornings. So, don’t forget to bring warm clothing.

The dry season is from June to October, followed by two wet seasons. The short rains start from November to December, and the long rains begin from March to May.

It infrequently rains all day during the wet season, but thundershowers can be expected in the afternoon. So, how much rain does the Serengeti receive? Let’s find out!

The wet season in the Serengeti 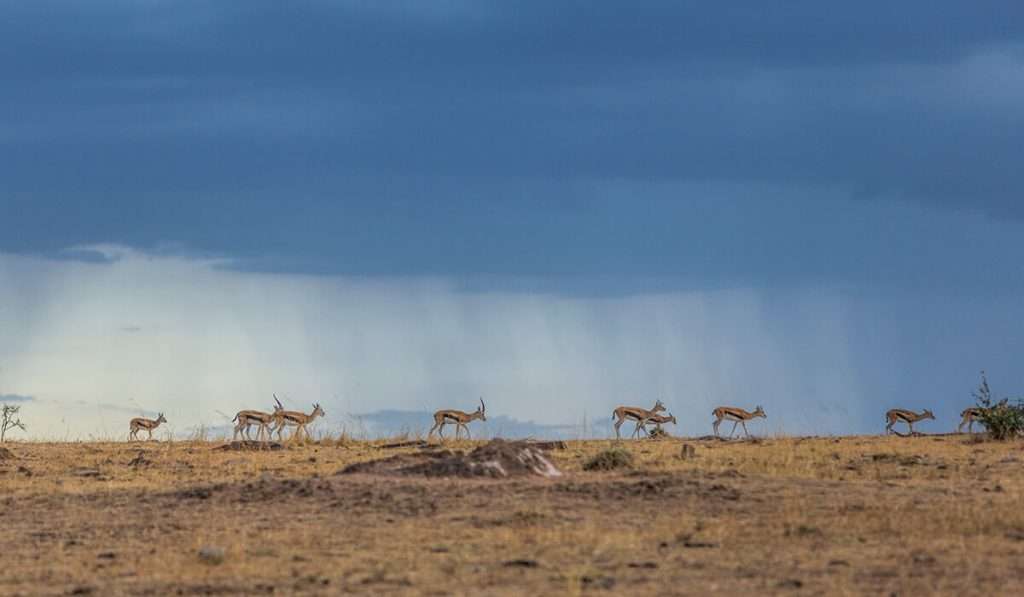 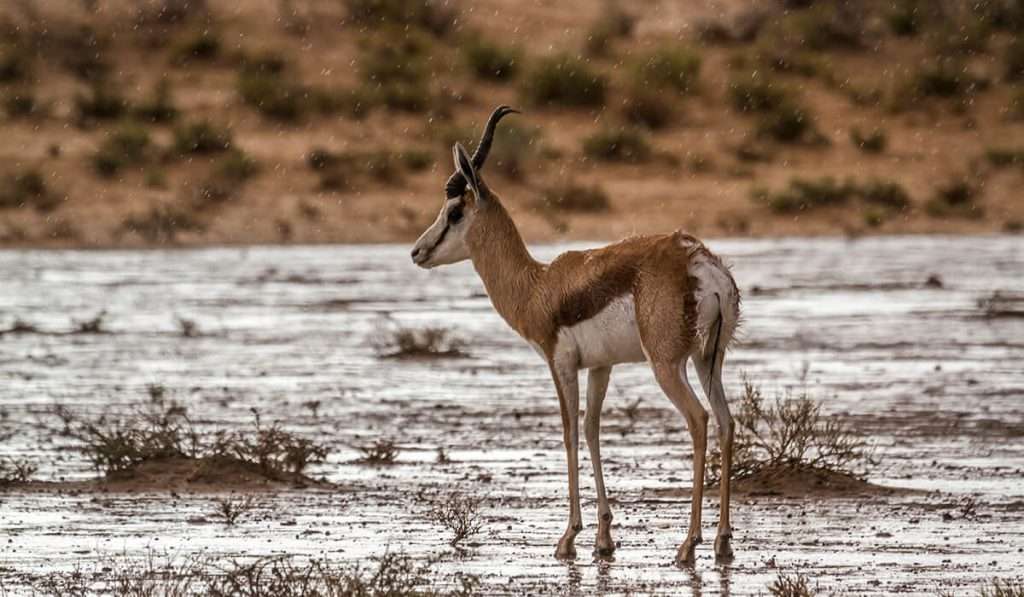 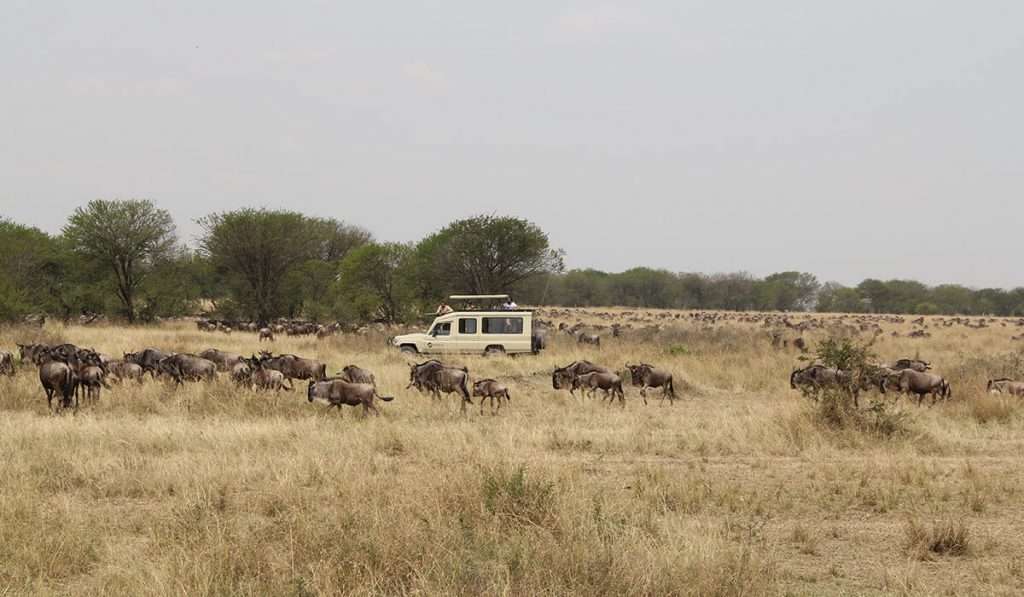 January and February tend to be a dry stretch between short and long rain. However, the precise timing is unpredictable. 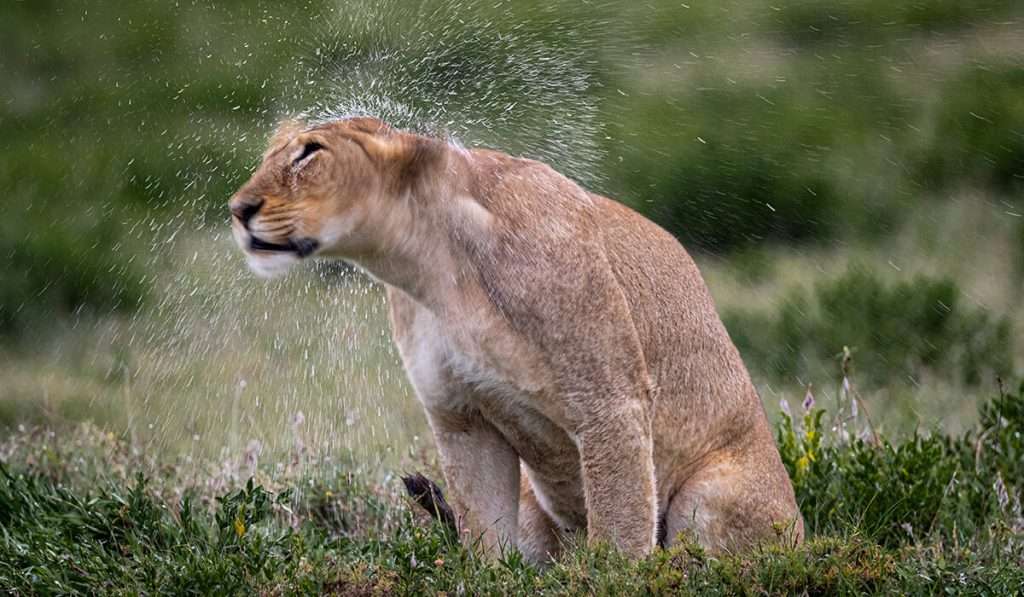 These three months are the wettest with plenty of rain on most days, but not the whole day. It’s also often cloudy. In April and May, cold fronts might bring colder peak temperatures. 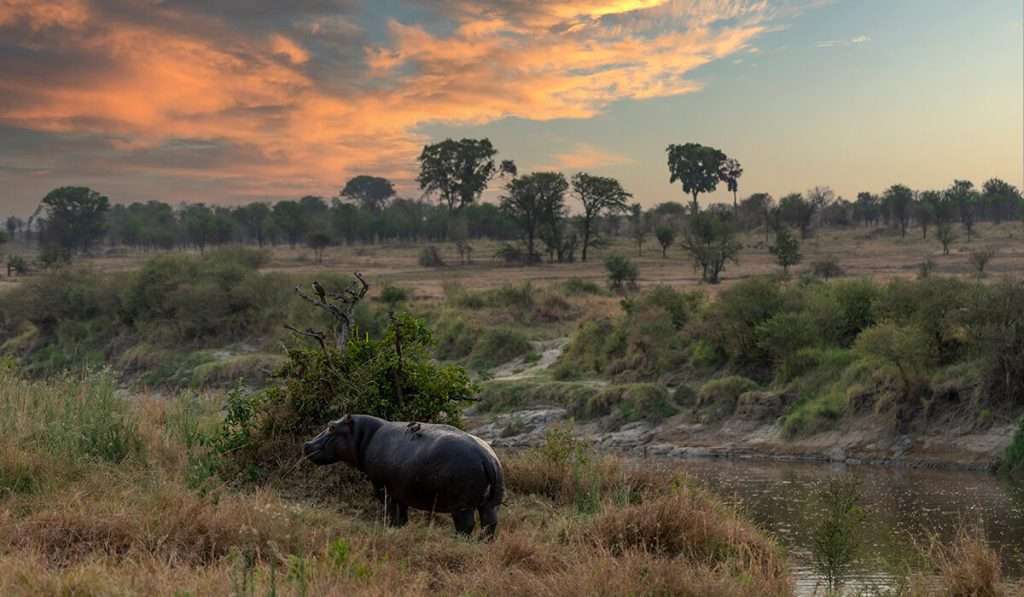 Rainfall patterns in the Serengeti are quite stable, and rainfall amounts to approximately 900/1,000 millimeters per year. In the north, it bears 1,400 mm, while in the southeast, it drops below 800 mm in the particularly arid area.

The rainy season, as cited, runs from November to April and is divided into two, with an interim period in January and February—which isn’t very dry. Moreover, from October to December, it’s the short rains season, and from March to May, it’s the long rainy season in the southern part.

Hence, in January and February, the rains subside, though not in a very noticeable way. In fact, the monthly rainfall is still between 80 and 100 mm.

Maximum and minimum temperatures in Serengeti 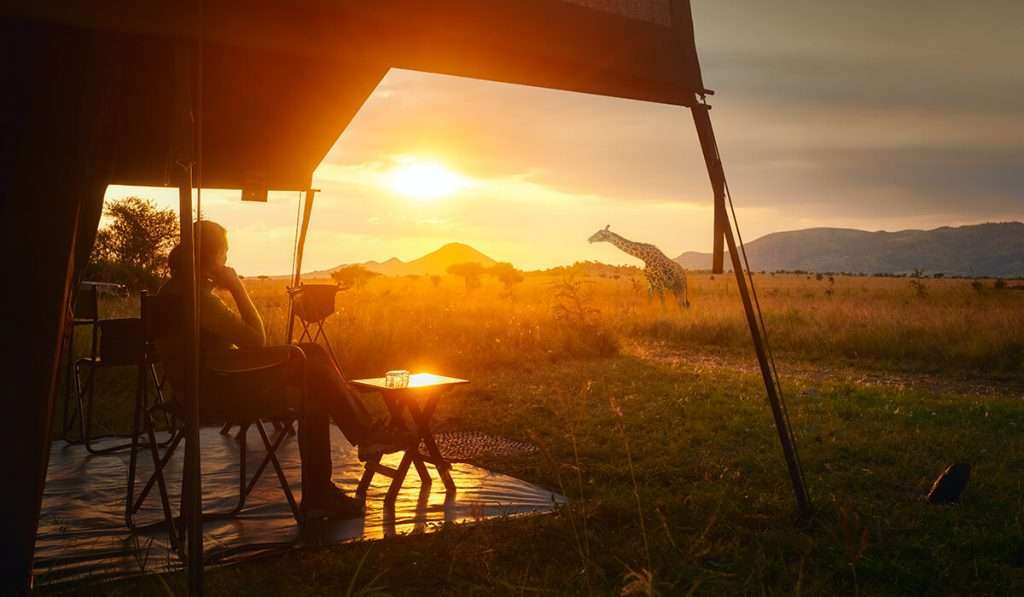 As stated above, the average temperatures in the Serengeti are approximately 27°C (80°F) at its highs and 14°C (57°F) at its lows. Furthermore, the Serengeti National Park’s climate is subtropical, with a dry and moderately cool season from May to August.

A warmer and quite dry season falls into the Serengeti during September and October and a rainy and relatively hot season from November to April.

The Serengeti National Park is located at an altitude of 1,100 and 2,000 metres pr equating to 3,600 and 6,600 feet. This altitude seasons the heat, so even though it’s just south of the Equator, it usually gets cool at night, or even colder in the most elevated areas and also in the cool season.
However, the sun can be extreme, requiring appropriate protection, such as sunscreen, hat, etc, mainly when it passes through the peak at mid-day around mid-March and late September.

The table below shows the average temperatures in Serengeti national park, located at an altitude of 1,400 metres, equating to 4,600 feet. 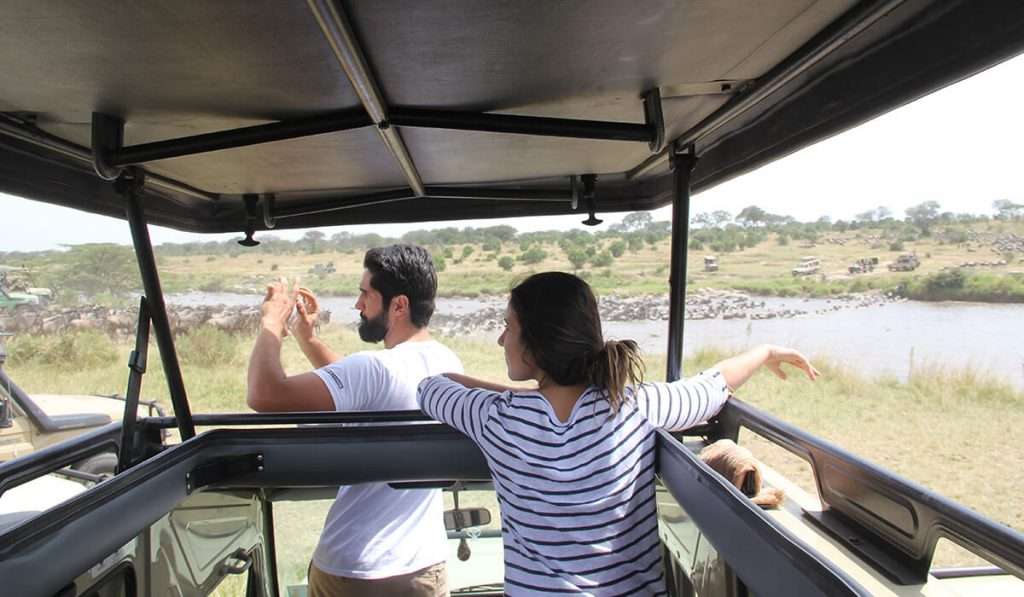 The Serengeti National Park is best renowned for its diverse wildlife, but most especially for the Great Wildebeest Migration. This iconic natural phenomenon involves two million mammals—particularly wildebeests and zebras – who are seeking rain-ripened grass for fresh grazing.

These animals move the entire year between the Serengeti and the Masai Mara in Kenya for fresh grass to graze. There are predators like hyenas and big cats which can still found within the Serengeti national park.

Most animals execute a circular migration, lingering in the Serengeti from November to June and moving to the Masai Mara from July to October—particularly in August and September. During this period, these animals migrate to the north because the dry season in the Serengeti is more extreme than in the Mara, which is located closer to the Equator and thus remains wetter and furnished with lusher pastures.

During January and February, the animals are dispersed south of the Serengeti, in the site of the Olduvai Gorge, found north of the Ngorongoro crater. It’s a semi-arid zone where the grass is low, and predators such as hyenas and lions are easy to spot.

Between February and March, most animals in the Serengeti give birth to their young and become directly able to move alone and head west towards the Lake Ndutu area.

In March, the long rain season starts. The animals follow the bolts of lightning, which are indications of thunderstorms, and move to the north in pursuit of green pastures, entering the Serengeti and going towards the west Seronera swamps, approaching Lake Victoria.

Moreover, between May and June, they start to mate and continue to the north, leading to the Grumeti River, where they have to cross. They push towards the Masai Mara in the northeast of Tanzania in June and July.

Then, from July to October, they stay in the Mara, where they move around and look for available pastures. Meanwhile, from late October to December, they return to the Serengeti and move southward.

It also rarely rains during the early morning to mid-day, even though it is a rainy season. During the warmer season, the weather is also fair, but it’s best to bring some protection, such as sunscreen and a hat to protect yourself from the heat of the sun.

It’s also best to wear light clothing to feel comfortable amid the sun’s heat, but also bring clothes for cold temperatures as the air cools during the night and can get very chilly.

If you’re planning to visit the renowned Serengeti national park, it’s best to have a local tour operator like Easy Travel by your side to make everything easy for you. We have our tailor-made tours for Serengeti and other parks in Tanzania that can be arranged according to your preferences.