A Guide To Tanzania’s World Heritage Site by UNESCO

We spend our lives chasing this magic, these extraordinary places and that feeling of awe. When traveling to far-flung nooks and crannies of the world it is the natural, historic, or cultural gravity of a place that makes them come alive. The purpose of travel, then, might be about coming alive, too, about having experiences of a lifetime where we learn about our shared cultural heritage…and ourselves in the process. As we seek such worldly treasures, one of the best places I like to start my research is the UNESCO World Heritage List.

Okay, Back Up. What’s UNESCO?

UNESCO stands for the United Nations Educational, Scientific and Cultural Organization. Founded in November 16, 1945, it’s an agency of the United Nations that emerged in the wake of the Second World War. Bonds among nations has created this international governing body to avoid future world wars. UNESCO was a branch of this UN olive tree, an offshoot helping to carry the mission forward, one of peaceful diplomacy and cultural preservation.

Why Does UNESCO Matter?

With 195 member nations, UNESCO’s mission is to “promote cultural and educational objectives worldwide, to cultivate an international pledge to rule of law, to justice, and to preserving the world’s cultural and natural sites.” (source) UNESCO stewards our world’s most impressive natural and cultural artifacts, while supporting educational opportunities as the key condition for their preservation. Here’s a short video explaining why UNESCO matters in today’s world:

To drive UNESCO’s mission forward, the organization began inscribing World Heritage Sites in 1975. According to their official website, a World Heritage Site is ” having cultural, historical, scientific or other form of significance, and is legally protected by international treaties. These sites are judged important to the collective interests of humanity.” Here’s a list of the full criteria for becoming a World Heritage Site. ( source ) Presently, there are over 1,000 World Heritage Sites around the world. Their site locations range from Robben Island in South Africa to the vas nature reserves in North America.

Tanzania is one of the leaders in African World Heritage, with seven outstanding locations. The good news? Almost all of them can be easily reached on safari circuits and island escapes. Below you’ll find all seven conveniently ordered in the likelihood that you might visit them on your next journey to Tanzania. Let’s go! 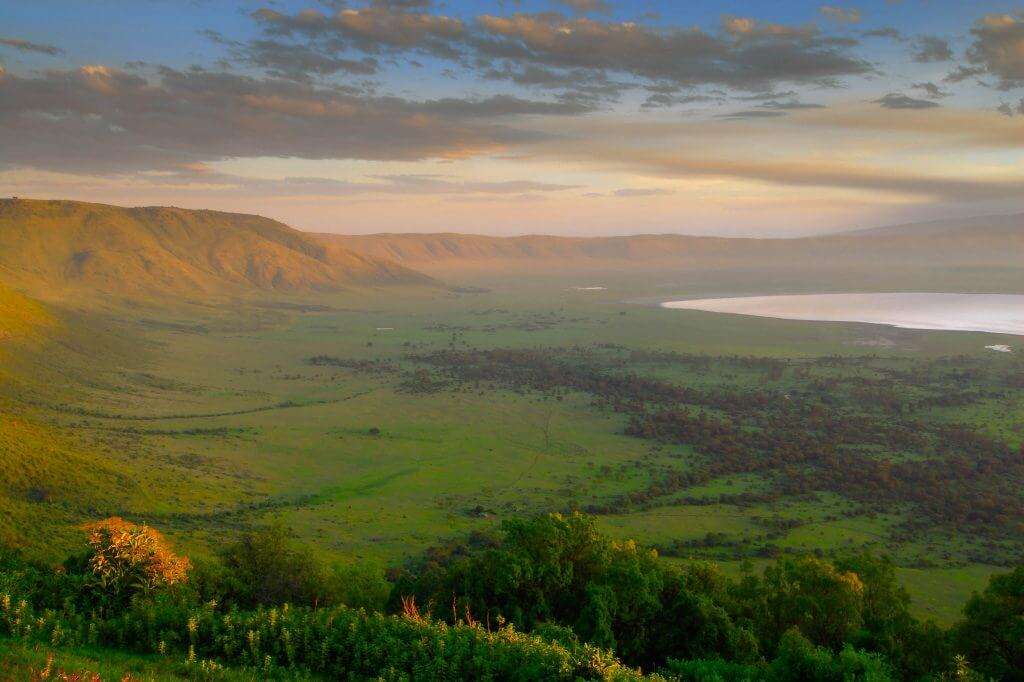 World Heritage Site, for darn good reason. At over 100 square miles it’s a concentrated arena of wildlife-viewing from the first minute to the last. Ngorongoro crater is surely to take your breath away at first glance. This will be your best opportunity to see the black rhino, an elephant population, to and top off Big 5 sightings. Also, there are also some of the earliest traces of human evolution found nearby, reaching back over 3 million years! This natural heritage site is a must see. What are the big five?. 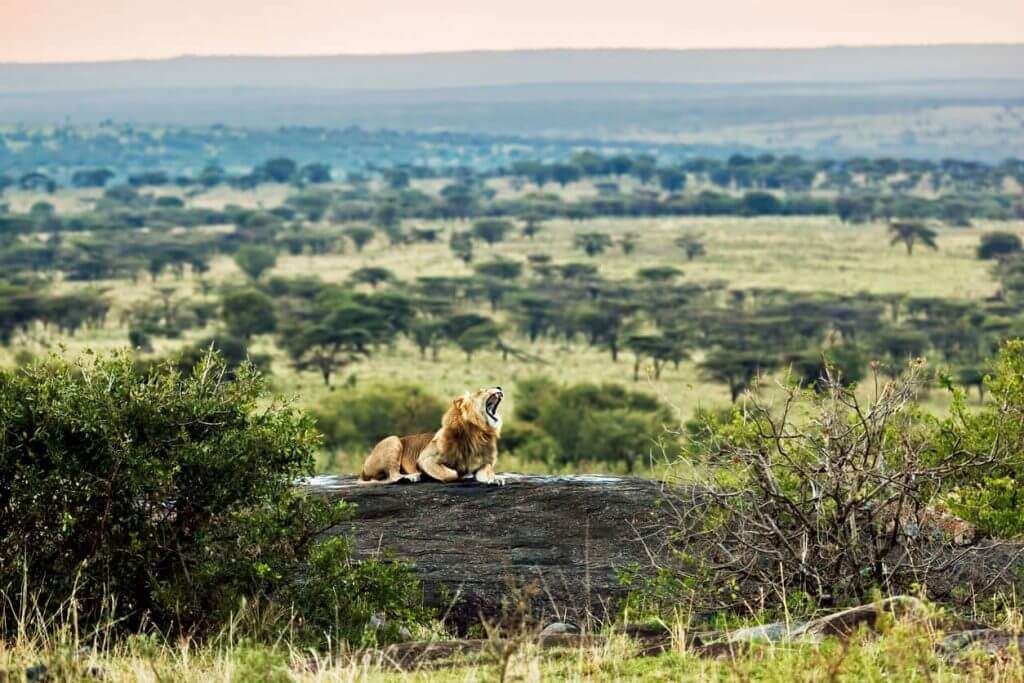 The name Serengeti comes from the Maasai language means “endless plains,” and when arriving for a game drive you will understand why. At 5,695 square miles, each year over 2 million wildebeest, zebras, and gazelles migrate through this park in search of food and water. There’s quite literally nothing else like it on Earth.(Learn more about the Great Wildebeest Migration). With more lions per capita than anywhere on the planet (over 3,000 in the park!) and high rates of biodiversity, let’s be honest: No Tanzania trip is complete without a few nights in the Serengeti. Here are 5 reasons why. 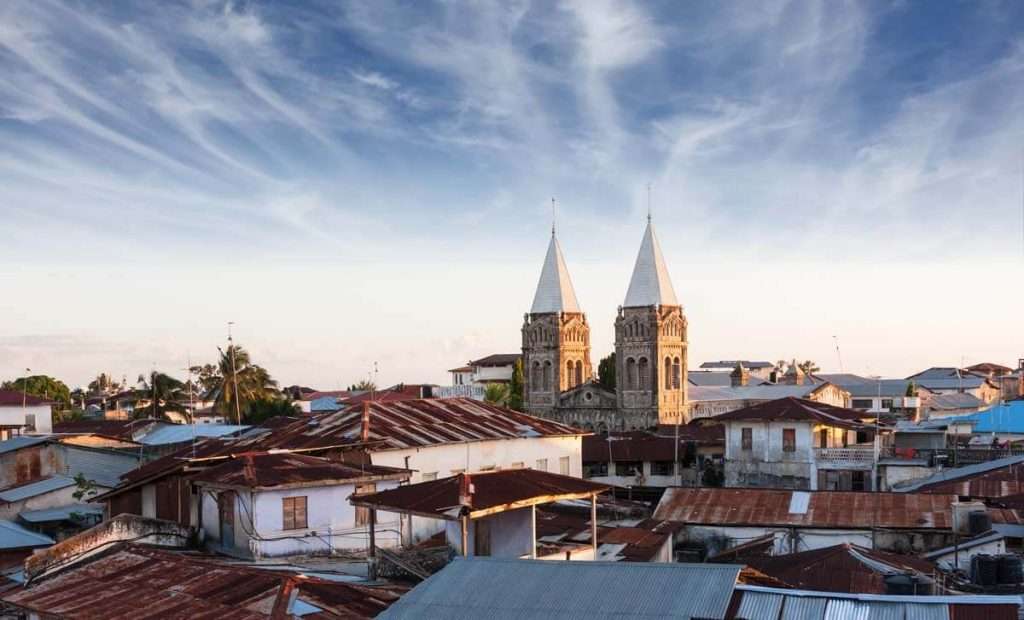 Located 50 kilometers off the coast of Tanzania, the Zanzibar archipelago or “Spice Islands” is a maritime constellation of stunning beauty. People from all over the globe come here to lounge on Zanzibar’s beaches, scuba dive in the bathtub-warm Indian Ocean, and explore spice farms. Stone Town is the island’s central heartbeat, a capital city aging back to the 16th century with the character and charm of Havana, Cuba. As a preserved Swahili trading port, its architectural wonders tells of layered sagas of colonial reign over the years. Here are the top 5 things to do in Stone Town . 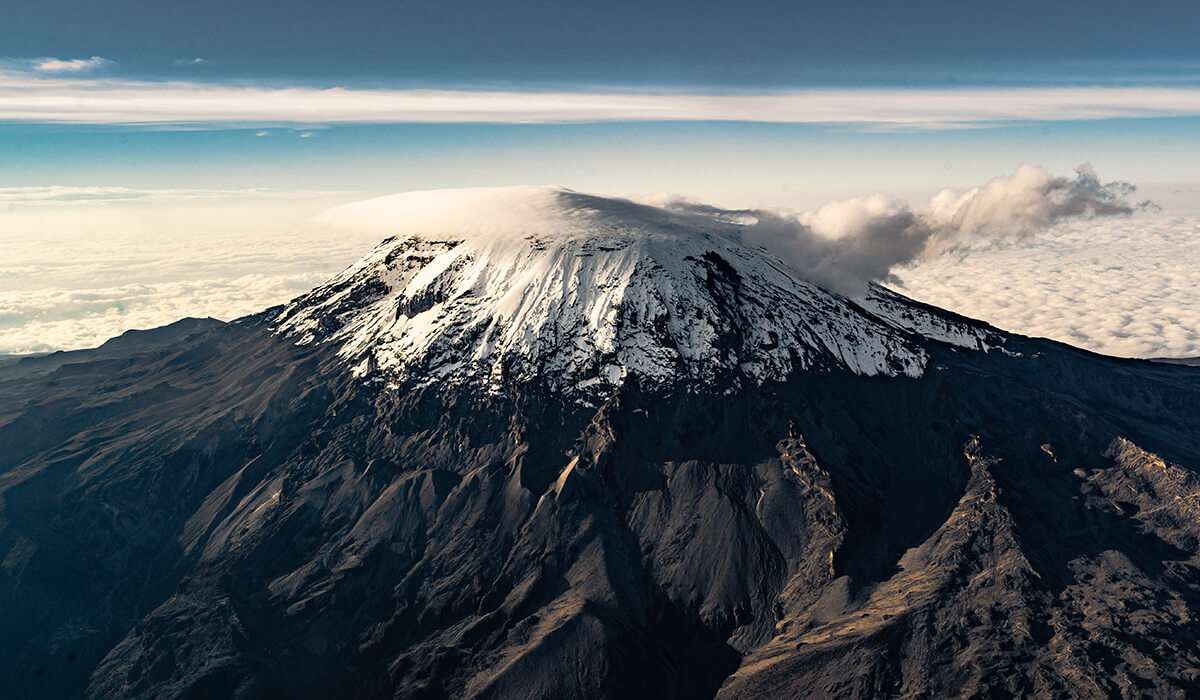 Any interest in climbing to the Roof of Africa? If that sounds like vacation to you, look no further. At 19,341 feet, this towering massif isn’t just a beautiful mountain. Kilimanjaro National Park is a beacon of biodiversity and ecological necessity for thousands of species, not to mention the human communities living around its base. There are seven different habitat zones one hikes through on the volcano’s slopes. Here are the top 10 facts about Kilimanjaro that may just inspire you to climb up to Africa’s highest point. 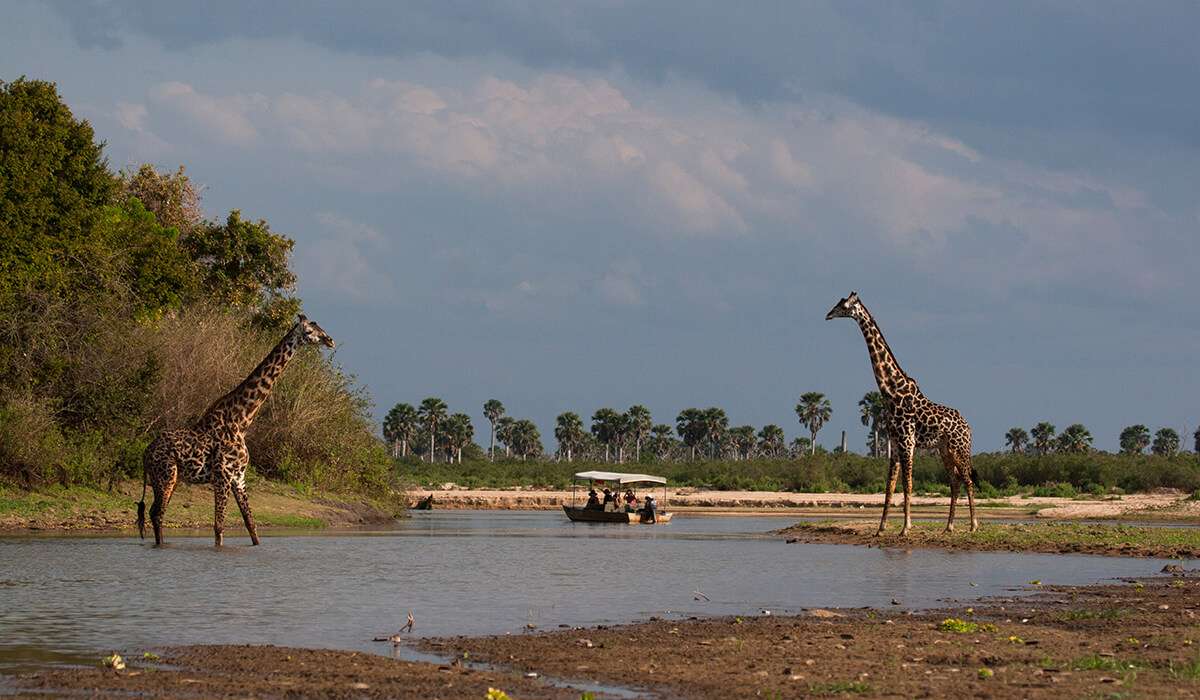 Pronounced “sa-loose,” here is one of the unsung heroes of Tanzania. It’s the oldest and largest game reserve on the continent, which translates to heaps of wildlife and heaps of adventure. Located in Southern Tanzania, you will find fewer visitors than northern safari circuits but equal amount of wildlife and beauty. For example, there’s a black rhino sanctuary and wait for it 440 different species of birds. 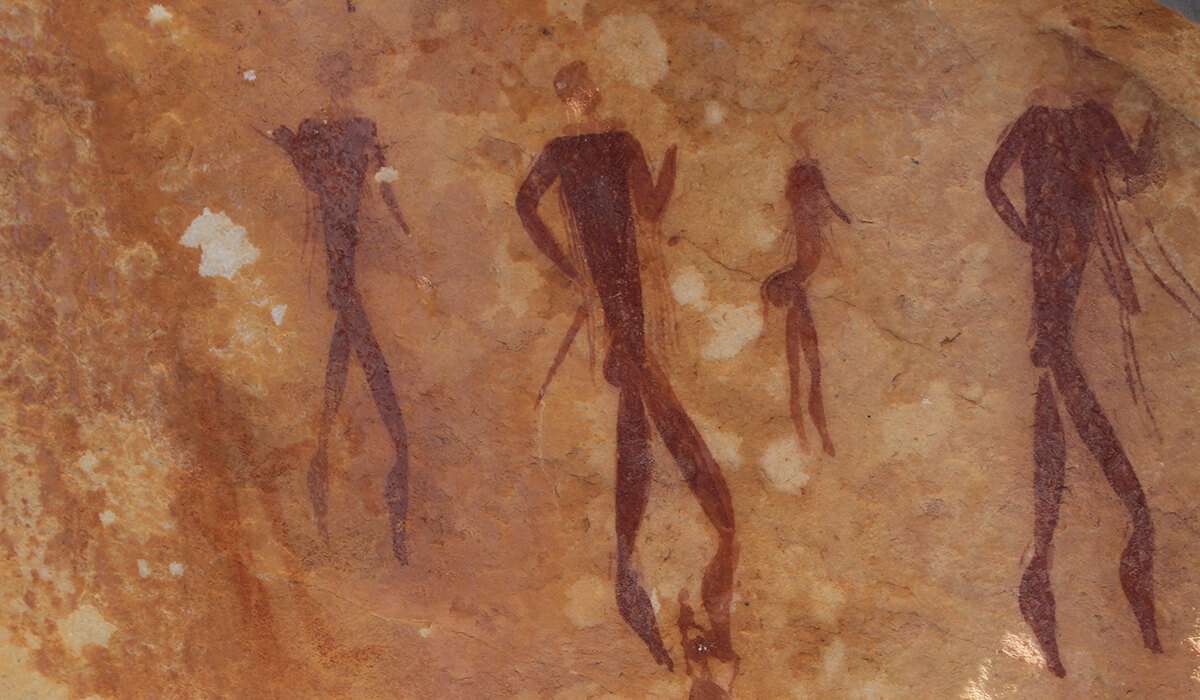 For anyone interested in petroglyphs and rock art, here’s your next destination. Set among overhanging rocks you’ll find nearly 200 unique sites of rock paintings dating as far back as 7,000 years. Depictions of the human-animal relationship, ceremony, and symbols permeate these cliffs in red ochre and white paint. The Trust for African Rock Art has some helpful information about Kondoa and others (source).

These ruins are located on tiny islands to the south and feature remains of two prominent African trading ports, popularly used during the 13th century and 14th century. Here the Great Mosque of Kilwa is the oldest standing mosque on East Africa’s coast, and its UNESCO designation is due mainly to the outstanding architectural feats. Read more on the UNESCO listing here: (source)

There are 195 countries in the world. Seven continents. The world teems with adventure and experiences at every turn that can change you forever. So how do you choose where to go and what to see? We suggest you start with UNESCO. Map their World Heritage Sites bubbling over with historical, cultural, and natural relevance and then get out there and explore. Tanzania is a perfect place to find such relics, and Easy Travel can facilitate journeys to any of them. Contact us today.

Whether you are looking to join us for a beach combing style break away in Zanzibar, exploring the realms of the Serengeti on an African Safari Mount Kilimanjaro with our experienced guides we are here to help.

Still unsure of when is best to join us?

Contact us today and allow us to help answer all your questions.