Which is the best route to climb mount Kilimanjaro? When taking on the Mount Kili adventure, it’s crucial to know the best route to climb Mount Kilimanjaro for a successful summit climb.

There’s nothing like standing at the top of Mount Kilimanjaro, the highest freestanding mountain in the world, as the sunrise breaks over the landscape.

It’s a truly breathtaking, once-in-a-lifetime trek that attracts more than 35,000 people a year to Tanzania. But did you know only two-thirds make it to the summit? The rest are forced to turn around due to altitude sickness and other health problems.

So how can you improve your chances of making it to the top? By choosing the best Kilimanjaro route for your level of fitness. If you choose the wrong route, you may never make it to the summit.

There is more than one way to Uhuru Peak, and your choice can either improve your chances or put you at a great disadvantage.

To help you figure out which is the best route to climb Mount Kilimanjaro, we’ve put together the ultimate guide on the seven Kilimanjaro routes.

Below, you’ll find a complete breakdown of what to expect and the pros and cons to help you make the most of your time on the mountain.

Which is the best route to climb mount Kilimanjaro?

Climbing Mount Kilimanjaro is one of the most popular and challenging mountain climbs. It is also a bucket list item for many people who have never climbed a mountain before. The question that comes up often, as you are planning your trip, is which route should you take to climb? There are two primary routes to choose from when climbing Mount Kilimanjaro – the Machame route and the Marangu route.

However, there are a number of other routes available. Let us break this down further. Want to boost your chances of summiting Mount Kilimanjaro and avoiding altitude sickness? The Northern Circuit is your best bet as it is not a difficult route.

The newest Kilimanjaro route is a firm favorite with trekking enthusiasts and has one of the highest success rates.

Over eight or nine days, you’ll completely circumnavigate Kilimanjaro. The route gives you plenty of time to acclimatize and take in the spectacular vistas of Rongai and Shira.

Not enough to tempt you? The Northern Circuit is also one of the direct routes up Kilimajaro. You’ll get to avoid the crowds and experience the mountain’s remote wilderness in peace.

The trek follows the Lemosho trail initially, but instead of following a southern traverse like the other west-approaching routes, you’ll go up the rarely visited northern slopes.

With a high success rate, beautiful scenery, and hardly any crowds, the Northern Circuit is one of the best routes on Kilimanjaro. Lemosho is a beautiful route up Kilimanjaro. Starting from the West, you’ll trek past a remote rainforest, go through the Lemosho Glades and see panoramic vistas of the mountain before joining up with the Machame Route.

From there, you’ll follow the southern circuit and walk past the Lava Tower, Barranco Wall, and Barafu. The only downside? It’s one of the more expensive Kilimanjaro routes. Usually a longer trek of seven or eight days and more remote, it does come with a higher price tag.

But if you don’t mind a longer itinerary and want a higher success rate with showstopping natural beauty, Lemosho is worth every penny. The Shira route approaches from the west and is almost identical to Lemosho.

However, its difference lies in its starting point. Instead of spending the first stage of the climb walking through the rainforest zone, you skip it.

You can either walk on a four-wheel drive to the Shira 1 camp or drive up as far as possible.

While this sounds like excellent news, it does put your body at risk. You are catapulting yourself to a height of 3,500 meters / 11,500 feet without proper acclimatization.

The result? You could experience altitude sickness on the first day while camping at 11,500 feet.

If you know your body will react positively to the high altitude starting point, you can expect a route that avoids the crowded campsites and trails until it re-joins the Machame route.

While Shira’s success rates aren’t as high as other routes, you can boost your chances by spending a night at Karanga Valley. Looking for an adventurous challenge? Machame, aka the “Whiskey Route,” is the perfect choice for experienced hikers who want dramatic scenery and don’t mind a strenuous climb.

The route begins from the south and traverses past the Shira Plateau, the Lava Tower, and underneath Kilimanjaro’s southern ice field before reaching Uhuru Peak. On your way back down, you’ll descend on the Mweka route, giving you unmatched variety and taking you through four diverse climate zones.

In between crossing a succession of valleys and ridges, you’ll come across the Barranco Wall.

In short, it’s not for the faint of heart or trekkers who can’t handle strenuous climbs and long days on the trail.

If you’re up for the challenge, Machame has a 60% success rate (if you do the seven-day version) and is one of the most scenic Mount Kilimanjaro routes.

It’s for these reasons, Machame has become one of the most popular Kilimanjaro routes. While that means you can find good deals from budget operators, the disadvantage is you won’t be alone.

Machame is notorious for its busy trails and campsites, which can take away from some of the splendor. 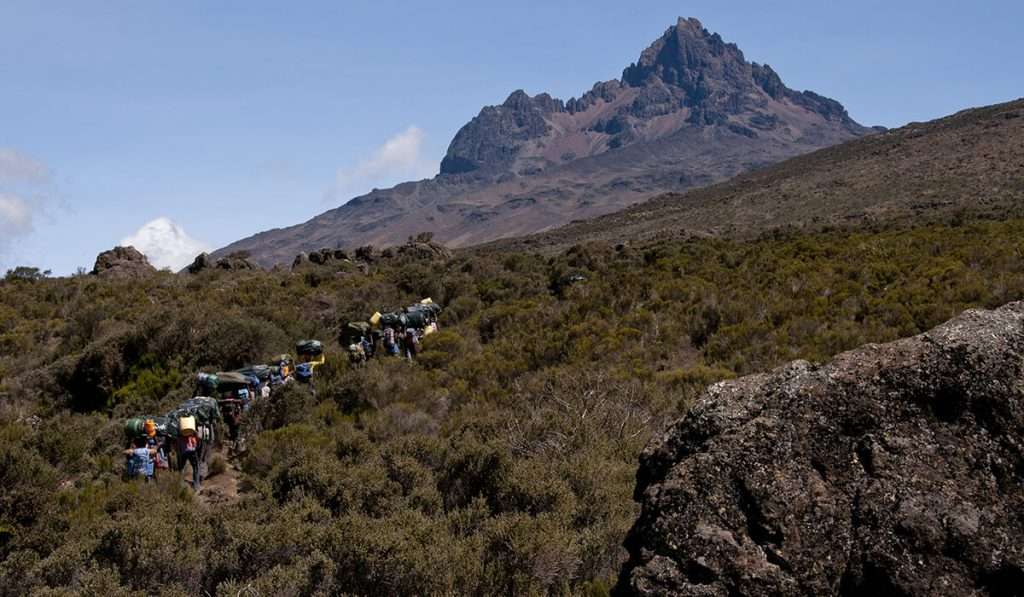 The Rongai route is the only one approaching Kilimanjaro from the north, giving you the chance to see both sides of the mountain. While this does mean your climb may not be as scenic as the other routes, it still packs a punch.

So what’s the downside with such an incredible route? While Rongai does have a reputation for being one of the easiest Kilimanjaro routes, it’s not for everyone.

With such a quick ascent to the summit, the route will test your mental and physical limits. You’ll need a high level of fitness and know your body can quickly acclimatize. 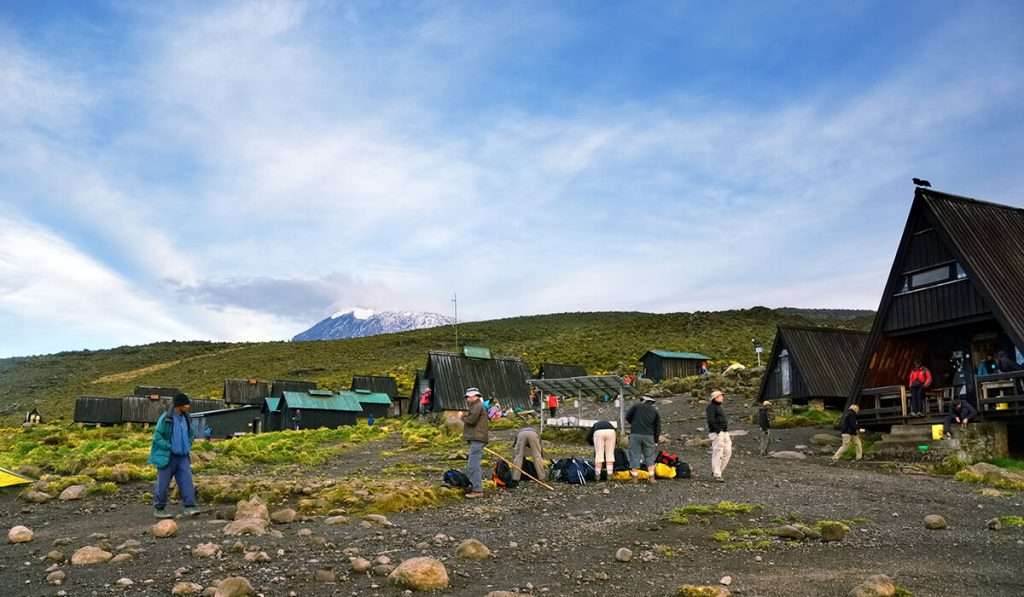 What is the easiest Mount Kilimanjaro route? The Marangu Route, aka the “Tourist Route” or the “Coca Cola Route.”

Despite being the oldest, most established Kilimanjaro route and a reputation for an easy climb to the summit, Marangu has one of the lowest success rates.

Many unprepared hikers (aka the “tourists”) sign up for Marangu and struggle to acclimatize in time for Uhuru Peak.

The Marangu Route is the only route on Kilimanjaro that uses the same path up and down. This makes it one of the busiest climbing routes on Kilimanjaro.

All that said, don’t completely write Marangu off your list yet. Despite the heavy traffic and low success rate, it’s the only route with hut accommodation, making the climb relatively cheap.

You don’t need to rent camping equipment or pay extra for porters.

If camping for 5-days in the wilderness sounds like your personal hell, or you’re planning to trek Kilimanjaro in the wetter seasons, Marangu is the best fit for you.

Opt in for an additional acclimatization day and don’t go with the cheapest operator to boost your chances of a successful summit. Remember, your gear, food, and experienced guides all play a huge part in getting you to the top and cost money. 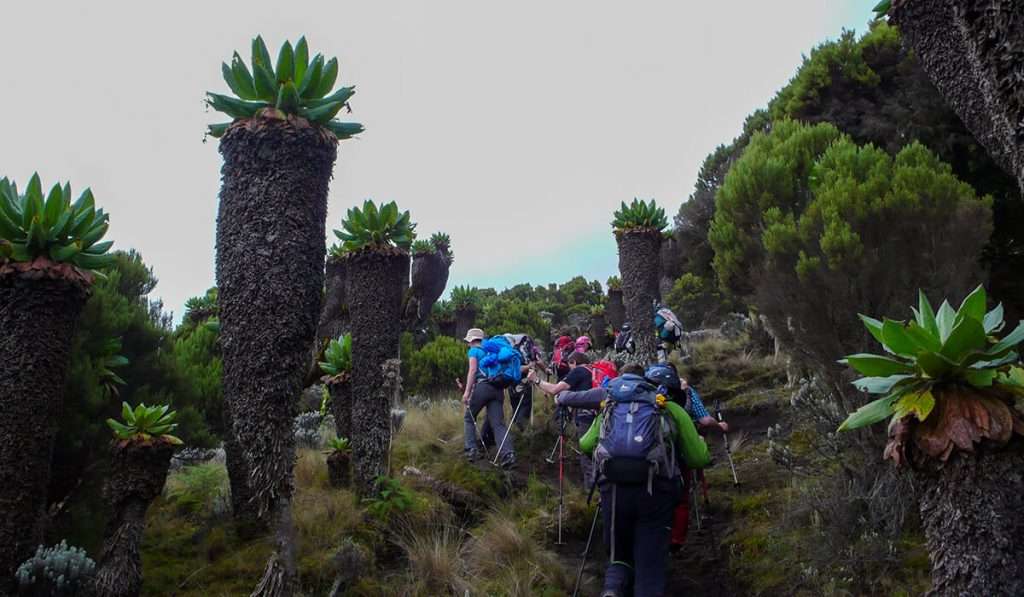 Umbwe is the most difficult Kilimanjaro route. It’s a direct path to the summit with a rapid ascent, steep inclines (where you’ll use tree roots to hold on), and an exposed route.

In short, if you’re unfit, inexperienced, and afraid of heights, this is not the route for you.

To put things into perspective, Umbwe joins the Machame route near Barranco Camp on the second night. On the other routes, you only reach Barranco on the third or fourth night.

Umbwe doesn’t give you much time to acclimatize with such a quick, steep climb, resulting in poor success rates.

If you have your heart set on this route, add extra days to your trip to improve your chances of reaching Uhuru.

Don’t attempt this if you have little experience climbing mountains and are not mentally and physically prepared for a challenging climb.

Ready to go on the trekking adventure of a lifetime? Book your Mount Kilimanjaro tour with Easy Travel.

Our experts can help you choose the best Kilimanjaro route and ensure you go up the mountain with qualified guides and porters.

Speak to our team today, and let’s start planning your trip to Tanzania.

The best months to climb Kilimanjaro are January to early March and June through October. You’ll have clear skies, good weather, and comfortable hiking conditions.