History of the Serengeti National Park 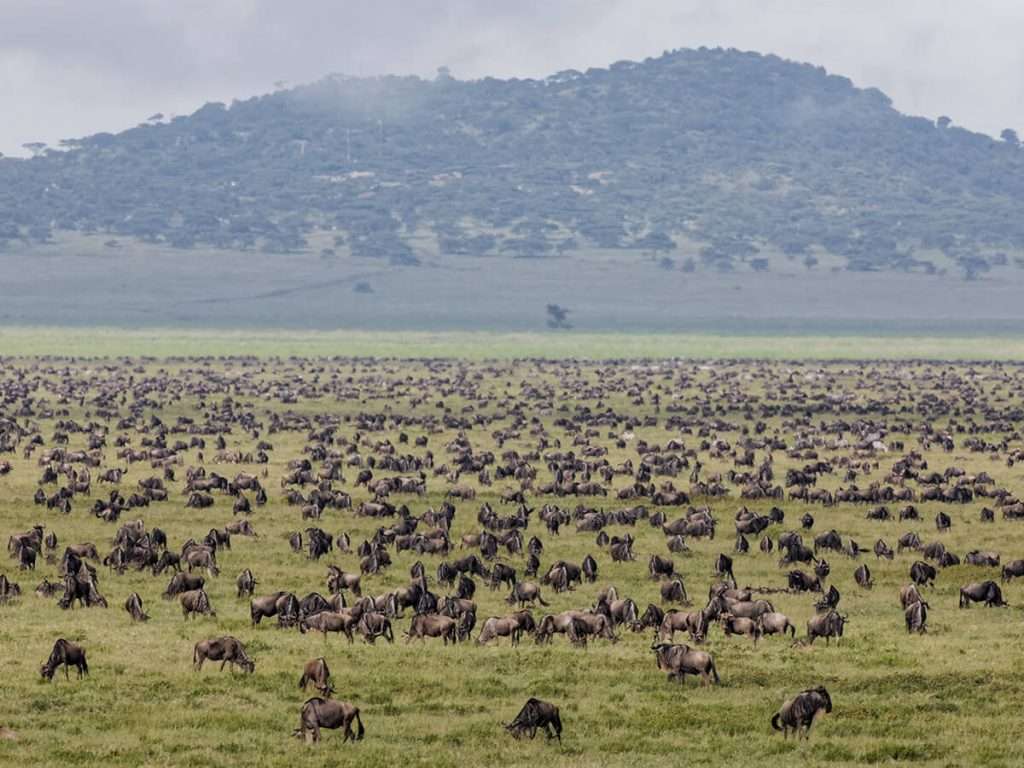 The history of the Serengeti national park rich. It’s primarily known for its vast herds of wildebeest and wildlife conservation areas. On top of that, it’s the only place on Earth where you can witness The Great Wildebeest Migration phenomenon.

But it doesn’t end there. The Serengeti national park also has a fascinating history to tell, with its most impressive natural events, diverse habitats, and a world heritage site.

Among all the Tanzania national parks, the Serengeti national park is exceptional in terms of its vast land at approximately over 5,700 square miles or equal to 14,763 square km. Furthermore, the Serengeti is only 3 hours and 30 mins drive (145 km) to the well-known Ngorongoro Crater.

So, what about the history of the Serengeti national park? Let’s find out!

What is the history of the Serengeti National Park? Serengeti is located in northern Tanzania and is listed as one of the World Heritage Sites by UNESCO. It’s also deemed as Africa’s best wildlife reserve.

Based on the history of the Serengeti, long before the first foreigners set foot on the African soil, the Maasai tribe freely grazed their cattle in the vast plains of the eastern Mara regions, which is also called the endless plains.

During the late 1800s and early 1900s, explorers and missionaries depicted the Serengeti plains and the enormous numbers of animals discovered there. In 1930, the 2,286 square km was launched as a game reserve, now known as the southern and eastern Serengeti.

The pivotal cause of this split was that local Maasai people were threatened with eviction and thus were not permitted to pasture their cattle within the national park’s boundaries. To counter this from transpiring, protests were made.

Moreover, in 1961 the Masai Mara National Reserve in Kenya was founded—the Lamai Wedge between the Kenya border and Mara River was added to the Serengeti park in 1965. This created an endless corridor, letting the wildebeests migrate from the south Serengeti plains to the Loita Plains in the north.

The Maswa Game Reserve was established, and a small area located at the north of The Grumeti River at the western corridor was added in 1967. The Serengeti National Park was one of the first to be presented as a UNESCO World Heritage Site at the 1972 Stockholm conference.

It was then officially established in 1981.

The origin of the Serengeti National Park's name The name of the Serengeti national park was derived from the word siringet—which literally means endless plains in the Maasai language. Moreover, the Serengeti gained more popularity after the book and movie of Bernhard Grzmek came out with the title Serengeti shall not die and the Cultural Heritage of Mankind in 1959.

This has received worldwide recognition as one of the most significant early nature conservation documentaries in the history of the Serengeti. Moving backwards in 1892, Bauman, a German explorer, discovered the Serengeti with his caravan and retreated at the Oldeani Highland Forest and found themselves at the Ngorongoro crater rim where they found diverse wildlife.

Serengeti: Beyond the great migration Although the Serengeti National Park is popularly known for the great migration, wherein millions of wildebeests migrate and cross the Grumeti and Mara rivers, it’s only one of the many reasons to visit the park. This park is worth looking past this massive phenomenon.

Nonetheless, it’s crucial to have realistic expectations of your possibilities to witness the river crossing or an enormous herd on the move. A river crossing, for instance, usually only last for thirty minutes.

But don’t let this dishearten you as there are plenty of other reasons to visit the Serengeti. One of these is that it’s the largest predator concentration in the world, with over 7,500 hyenas, 3,000 lions, and 250 cheetahs.

There are various other major attractions/activities in the Serengeti that you can genuinely enjoy, such as:

Nonetheless, the diverse wildlife in Tanzania is currently under threat from population growth, deforestation, and ranching. Thus, if you want to witness the million wildebeest, it’s best to visit the open plains of the Serengeti as soon as you can to have the chance to see the large herds of wildebeest and other extinct animals, such as the Black Rhinoceros. The Serengeti Plains landscape is extremely varied—ranging from savannah to open grasslands to hilly woodlands. The geographic diversity of the northern Serengeti and southern Serengeti region is due to the extreme weather conditions that swarm the area.

Many environmental scientists declare that the diverse habitats in the area stemmed from a series of volcanoes, whose movement shaped the Serengeti plain’s basic geographic features and added craters and mountains to the landscape.

With elevations ranging from 920 to 1,850 metres or 3,020 to 6,070 feet, the park advances 100 miles southeast from points close to the Lake Victoria shores and in its eastern portion, 100 miles south from Kenya to the Tanzania border. The site is along the western corridor to Lake Victoria, where many of the animals from the park migrate.

What is special about Serengeti National Park?

The breathtaking landscapes and abundant wildlife make this one of the most special national parks in the world. It is the main migration route for the huge herds of wildebeest, and its grass plains are packed with predator action. You can also see The African Big 5 in this national park, alongside a wide variety of other animals.

Who and when was the Serengeti established?

The breathtaking landscapes and abundant wildlife make this one of the most special national parks in the world. It is the main migration route for the huge herds of wildebeest, and its grass plains are packed with predator action. You can also see The African Big 5 in this national park, alongside a wide variety of other animals.

How was the Serengeti formed?

The geography of Serengeti is what makes up this amazing reserve. Over millions of years, kjopes were formed after soil erosion left granite bare.

The Serengeti National Park is part of the vast Serengeti ecosystem of the Serengeti, spanning 12,000 square miles, comprising of several game reserves, parks and the Ngorongoro highlands, which is known to be part of the Serengeti-Ngorongoro-Masai Mara ecosystem. So, there’s no doubt that you’ll see vast herds of animals in this part of eastern Africa. It is beautiful all year round, in the wet season and in the dry season.

The park can be found in northern Tanzania’s Eastern Great Rift Valley and lies 75 miles west of the Arusha town. If you’re considering going on a trip to the Serengeti to witness the hundreds of thousands of wildebeest or the might African elephant, Easy Travel can help craft your entire trip and make everything run smoothly for you during your Serengeti expedition.

Contact us today, and let’s start making your African dream tour a reality!