What is so special about Serengeti National Park 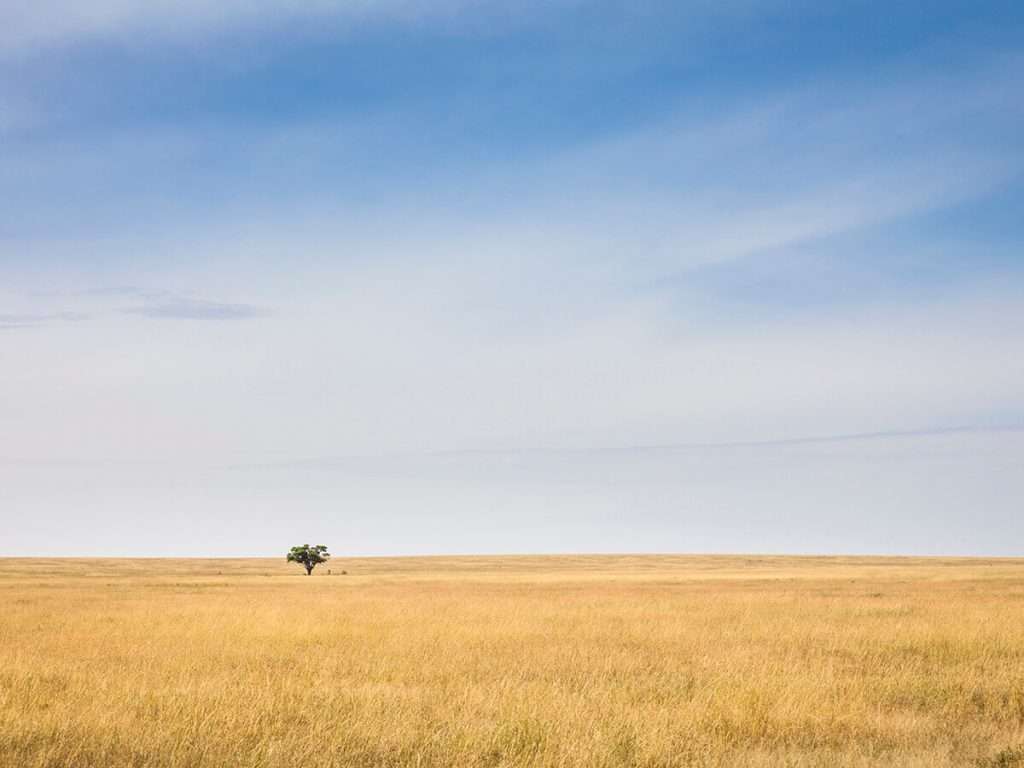 Serengeti National Park—the name you likely hear when someone talks about the Ultimate African Safari experience!

The Serengeti National Park consists of endless plains that stretch into the horizon and is one of Africa’s seven natural wonders. It’s a vast wilderness with short grass and is known for its annual migration of wildebeest.

Furthermore, it’s the home to unique plants, animals and bird species that cannot be seen elsewhere or in such large numbers. The Serengeti National Park is also famous for its abundant wildlife and species of birds. Next, the Serengeti ecosystem is one of the oldest and largest on earth making it a World Heritage Site.

Why is Serengeti National Park so special? The Serengeti National Park is a UNESCO World Heritage site, best known for its vast herds of animals, especially Wildebeests, Zebras, and Gazelles. It’s the only place in Africa where expansive land-animal migrations still occur.

The park is an international tourist attraction and was added to the UNESCO World Heritage List in 1981. Lion populations declined due to lion hunting and so the British colonial administration appointed a partial Game Reserve of 800 acres in 1921 and a full one in 1929.

These efforts were the foundation for establishing the Serengeti National Park in 1951. The park is both ecologically and culturally diverse and is one of the world’s most iconic national parks.

The name musters up images of expansive, riverine forests, acacia-dotted grasslands, and open woodlands that seem endless, covered with flocks of grazing herbivores and prowling predators.

The Serengeti National Park offers the most incredible wildlife spectacle and is divided into —the Serengeti Plains, the Northern Serengeti, and the Western Corridor. 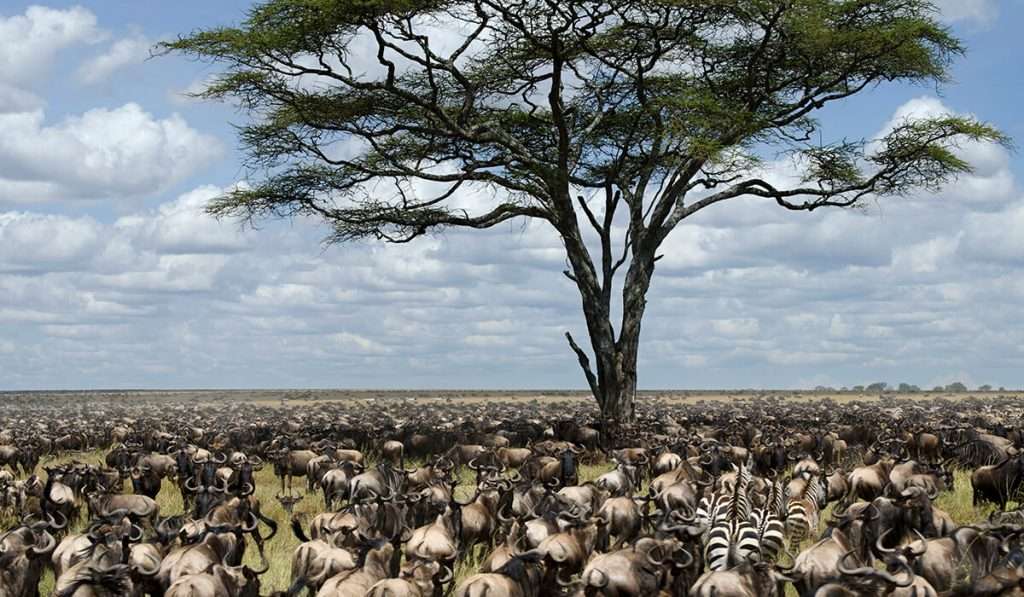 The major attraction of the Serengeti National Park for most visitors is the annual migration, where millions of wildebeest migrate in a clockwise direction from Tanzania to Kenya and back. Hundreds of thousands of impala, gazelles, and zebras follow the huge herds to seek out fresh grazing pastures.

The Great Wildebeest Migration starts in the Ngorongoro Conservation Area of the southern Serengeti in Tanzania and spirals clockwise via the Serengeti Park and north heading to the Masai Mara reserve in Kenya. If you’ve come to witness an abundance of wildlife, this is an event you cannot miss.

Easy Travel have years of experience in Migration Tours, so be sure to take a look at our recommendations and the best time of year to experience it. There are two main river crossings along the Great Migration path—the Grumeti River crossing in Tanzania and the Mara River crossing in Kenya. The rivers are torrential, boasting water and teeming with sufficiently hungry crocodiles and other animals for the migrating creatures’ flesh.

A million and a half of primarily wildebeest and zebras travel throughout the year and look for fresh grazing pasture, following the rains for better water sources. The migration is special because it includes numerous animals, including a million wildebeest—offering a great spectacle to the audiences and we start at the heart of it. Another reason why the Serengeti is a special park is it’s exciting hot air balloon safari, wherein you can see the majestic landscapes of the Serengeti and all the African wildlife below. You’ll be taken further up and have an unobstructed view of elephants, lions, giraffes, and hippos doing their thing down below.

To book an African Hot Air Balloon Safari, get in touch with our team of specialists today. Numerous wildlife species can be spotted during game drives around the Serengeti national park, including the Big Five who are the Leopard, Lion, Rhino, Buffalo, and African Elephant. Moreover, safari drives are the best way to get a taste of the concentration of wildlife in Tanzania.

The Serengeti is a national treasure to the Eastern African country of Tanzania, situated on the Kenyan border. You can also head towards the Grumeti Game Reserve or other national reserves just close to Serengeti park for a myriad of fun activities and wildlife experiences!

The great thing about the Serengeti, is the fact you can experience it all year round. Whether it is wet season or dry season, without worrying about anything as it won’t necessarily affect your safari experience. 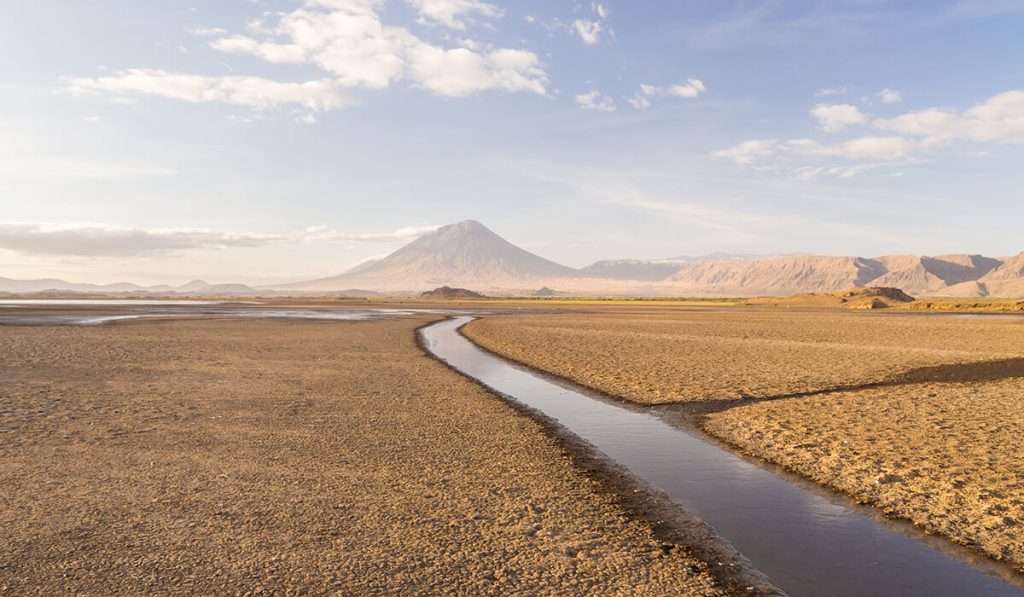 Serengeti volcanic grasslands are an edaphic plant group that grows on soils emanated from volcanic ash. The eruption of the Kerimasi volcano 150,000 years ago deposited massive amounts of fine whitish-grey ash, and the more recent explosions of the Ol Doinyo Lengai volcano deepened the ash sediments.

This has helped to create rich soils for an abundance of wildlife around every corner.

Furthermore, you can see the exquisite acacia woodlands with abundant giraffe viewing on Safari. The main highlight in this area is the Grumeti river, flowing across the top half of the Serengeti before unloading into Lake Victoria. 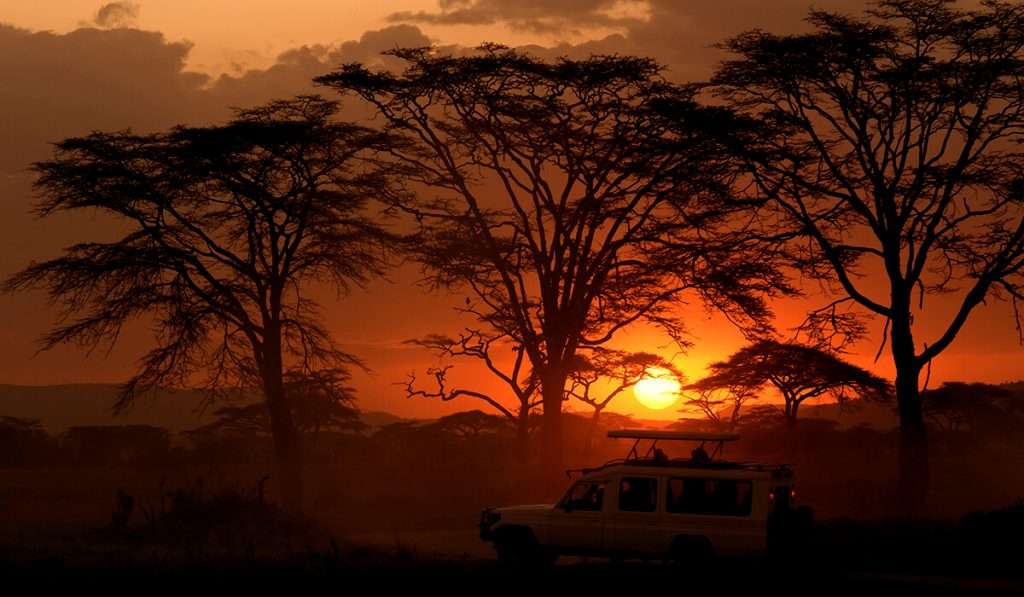 The Serengeti is one of the most popular tourist destinations in Africa, and for good reason. With its vast open plains, stunning wildlife, and rich cultural heritage, it’s a place where you can truly experience the beauty and majesty of nature. Here are some of our best tour options to help you make the most of your visit to the Serengeti. The Serengeti Safari is one of the most thrilling sites to experience when you visit the Serengeti. You will see plenty of wildlife from your safari vehicle. The Serengeti is a vast national park, so it’s highly recommended to spend a minimum of four days exploring wildlife sightings, such as the Big Five.

Since it comprises vast plains, you will need to spend some time looking for the Big Five. However, this wouldn’t be a problem if you had a reliable and experienced guide by your side. With a guide, you will be taken to golden wildlife spots where you can witness wildebeest herds that stretch all the way into the Ngorongoro Crater. Safari goers will surely be thrilled to be going to the Serengeti for a week-long safari adventure that can include the Grumeti and Mara River crossing where the wildebeest migration becomes quite intense. This tour starts from Arusha, heading to the western corridor, where there are always vast herds of wildlife.

After enjoying a series of captivating game drives at the Serengeti National Park, we’ll then move to the Central Serengeti, which is deemed the ‘hub’ for wildlife action sightings.

For more information about this tour, you may contact Easy Travel today or browse our extensive list of Migration Tours. This tour includes being dazzled by masses of flamingos in Lake Manyara and getting struck by the wildebeest hooves as they escape their predators, or simply watching the giraffe grazing calmly at the southern plains. All in all, a simply incredible experience.

The great thing about going to the Serengeti is that you can visit it all year round—even during wet season. You can also witness the herds of migrating wildebeest during the great migration and catch the breathtaking calving season where hundreds of thousands of wildebeest calves are born each day.

For more affordable safari tours, you can contact us or browse our website for diverse safari and other exciting East Africa tours!

If you’re looking for a great adventure, there’s nothing more exciting than experiencing the wildlife and thrilling activities in the Serengeti National Park. The park is the centre of the Serengeti ecosystem, comprising the Maswa Game Reserve in the south, Maasai Mara National Reserve in Kenya in the north, Grumeti and Ikorongo Game Reserves in the East, and Loliondo Game Controlled Area in the west.

You can contact Easy Travel today for more information and inquiries about this renowned UNESCO site and our other tailor-made tours!